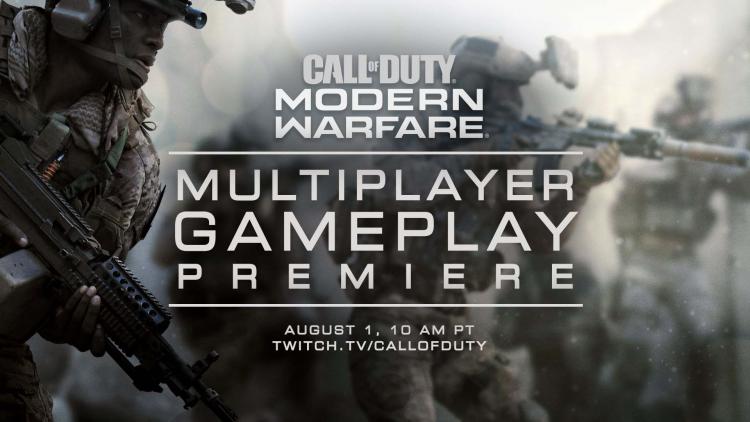 Activision releases the first glimpse of the games new 2v2 Gunfight mode, which is only a fraction of the full, online multiplayer experience in Modern Warfare. Gunfight delivers a new level of quick-action, close-quarters duo-based combat that is a blast to play and to watch. This is being live-streamed at the following Twitch channels below:

Campaign
In the visceral and dramatic single-player story campaign, Call of Duty: Modern Warfare pushes boundaries and breaks rules the way only Modern Warfare can.

Multiplayer
Experience the ultimate online playground with classic multiplayer. Multiplayer gameplay to be revealed on the upcoming premier this August 1, 2019.

Co-op
Squad-up and play cooperatively in a collection of elite operations accessible to all skill levels.

Tune-in August 1st to Twitch.tv/CallofDuty for the full reveal of the Modern Warfare Multiplayer Universe and deep look at gameplay coming to the game at launch.