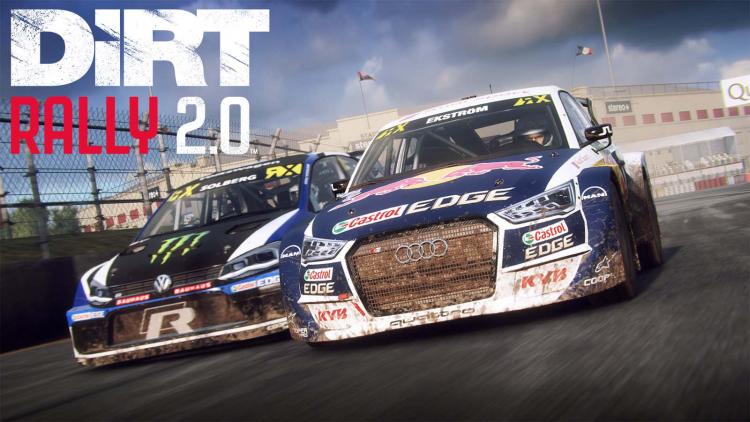 Today, Codemasters announces the follow-up to the critically acclaimed and successful DiRT Rally  DiRT Rally 2.0. DiRT Rally 2.0 will launch on the 26th of February 2019 on the Xbox One Family consoles, PlayStation 4 console systems and Windows PC. Windows PC copies of the game will be available in physical DVD copies and digital copies via Steam.

DiRT Rally 2.0 gives you control of a collection of some of the most iconic rally cars that ran the face of the earth, challenging the worlds most challenging rally stages in the most powerful off-road vehicles ever made. DiRT Rally 2.0 will keep you relying on your instincts with the most immersive and focus-demanding terrain and off-road tracks. The game now includes a new authentic handling model, tyre choice and surface deformation.

DiRT Rally 2.0 features real-life off-road environments in New Zealand, Argentina, Spain, Poland, Australia and the USA. Race on eight official circuits from the FIA World Rallycross championship, complete with licensed Supercars and support series. In the game, you can also develop your own team and cars around race strategies. Race through a selection of Events and Championships in both a single player Career Campaign and a competitive online environment.

DiRT Rally 2.0 will include bonuses on its pre-order edition such as access to the Porche 911 RGT Rally Spec on all stages. DiRT Rally 2.0 Deluxe Edition will include the first two seasons of post-launch additional content, each with three locations. The Deluxe Edition will also include the first five vehicle unlocks which are the Ford Escort MkII, Lancia Stratos, Subaru Impreza 1995, AUDI Sport Quattro S1 E2, and Ford Fiesta OMSE SuperCar Lite. Deluxe Edition owners will also get to access the game four days earlier than launch date.

Codemasters will release DiRT Rally 2.0 worldwide on PlayStation 4, Xbox One and PC on the 26th of February 2019. Learn more about DiRT Rally 2.0 at http://www.dirtrally2.com/