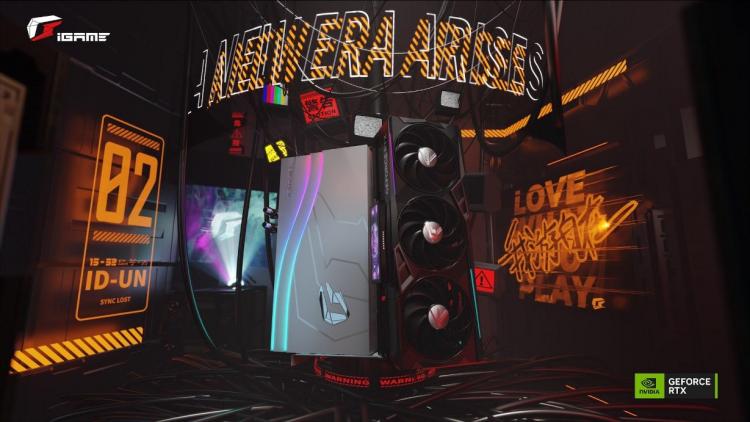 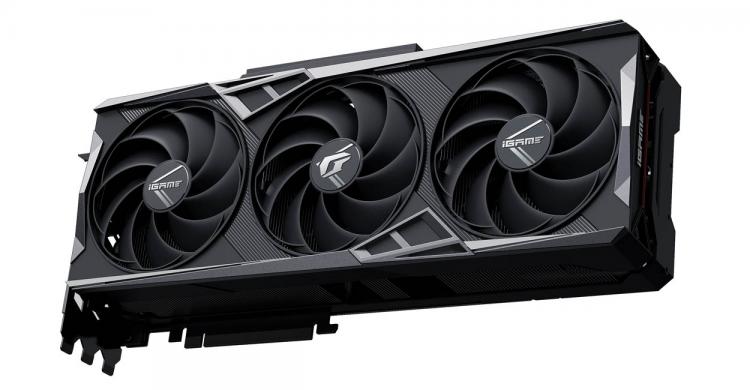 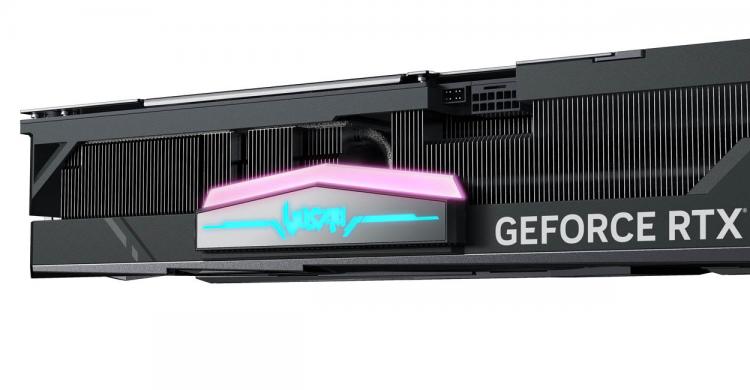 The iGame GeForce RTX® 40 Series Vulcan is fitted with two low-key RGB strips that are customizable via the iGame Center. The graphics card adopts a flow-through cooling design that has proven to be more efficient in dissipating heat while at the same time providing better airflow inside the chassis.

One-Key Overclock: A conveniently placed button located at the rear I/O that activates overclocking function for a quick and easy performance boost without opening the software.
Hurricane Scythe Blades: New fan blade design that delivers a maximum airflow of 55 CFM compared to 42 CFM from the previous-generation Storm Chaser fan design.
iGame Smart LCD: A removable magnetic display that can be mounted on the graphics card or on the included display dock. The display has a resolution of 800x216px  fully customizable via the iGame Center app to display real-time monitoring figures, custom images, GIFs, and others.
Display Dock: The display dock is an external docking accessory that users can place on their desk or on top of the chassis that holds the iGame Smart LCD. The display dock connects the display via a USB cable.
Vulcan Support Frame: The Vulcan Support Frame enhances the stability and structural rigidity of the entire graphics card. This eliminates the risk of bending and warping as it supports the weight of the card.
Hollow Back Panel: A hollow back panel design that allows airflow to freely pass-through the heatsink. This design greatly improves heat dissipation compared to conventional GPU air cooling designs.
iGame Accessories: The Vulcan Series comes with a set of accessories including the Screen Wipes, White Gloves, and Screwdriver. 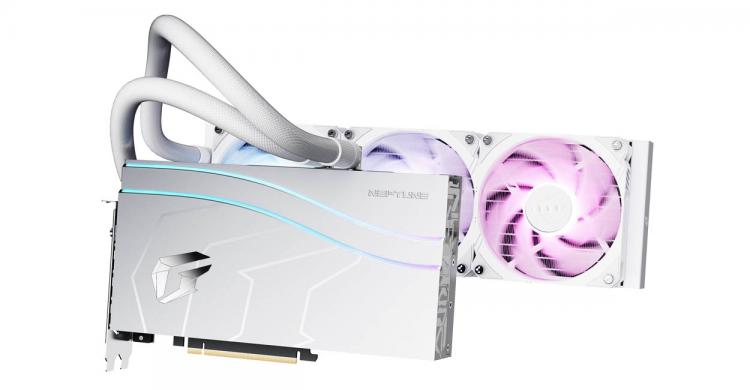 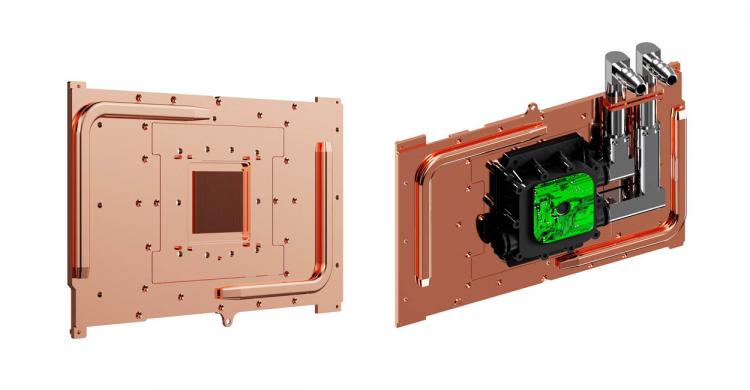 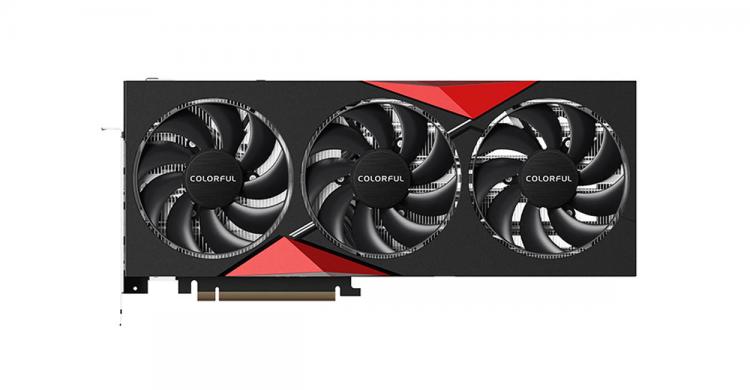 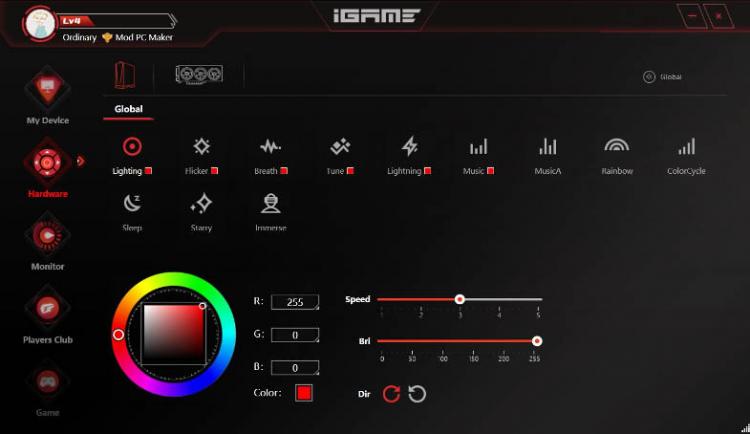 The new version of iGame Center offers more possibilities for hardware-software interaction and a new UI that aims to improve user-friendliness with its intuitive design. Aside from hardware monitoring and tweaking functions, the new iGame Center features a user center for users to register and gain access to exclusive services.

Moreover, the new iGame Center features the OSD Window that allows users to shrink the dashboard into a compact widget that displays vital real-time monitoring information about your graphics card and other components.

COLORFUL did not reveal pricing and availability information as of this writing.