Koelnmesse, Cologne  August 17th, 2011  Razer, the worlds leading high-end precision gaming brand and EA, a leading global interactive entertainment software company, is kicking your explosive war gaming experience up several notches with the exclusive Battlefield 3 co-branded peripherals and gear line. Get total immersion and the technological advantage to win in one of the biggest first person shooter titles from EA to be launched this year.

The Razer Battlefield 3 Collectors Edition Gear line extends your enjoyment of the game into the real world, with items like a heavy-duty Battlefield 3 silicone protection case for the iPhone 4, and a Battlefield 3 Razer Messenger Bag to store your gaming hardware on-the-go. All products in both the Battlefield 3 peripherals and gear line come decked out in awesome, gritty artwork straight from the game to further immerse you in the heart-pounding, high octane world of Battlefield 3.

Everyone at Razer is eager for the day Battlefield 3 launches and were going to be right there next to every other gamer immersed in the most hardcore military game to date, said Robert RazerGuy Krakoff, President, Razer USA. And well be doing it with the Battlefield 3 Collectors Edition peripherals and gear line by Razer  the best hardware to complement one of the most hotly anticipated shooters of 2011.

Whether youre bringing down the thunder in a fighter jet, blasting holes in the enemy base with a tank, or part of a fearless infantry unit ready to destroy, the Battlefield 3 Razer BlackWidow Ultimate takes you full speed into combat with its full-fledged, heavy-duty mechanical key infrastructure. As it delivers crisp, tactile feedback and faster keystroke actuation to your gameplay, this revolutionary, fully backlit gaming keyboard packs a punch for your fight in the hyper-frenetic, immersive military shooter, Battlefield 3. 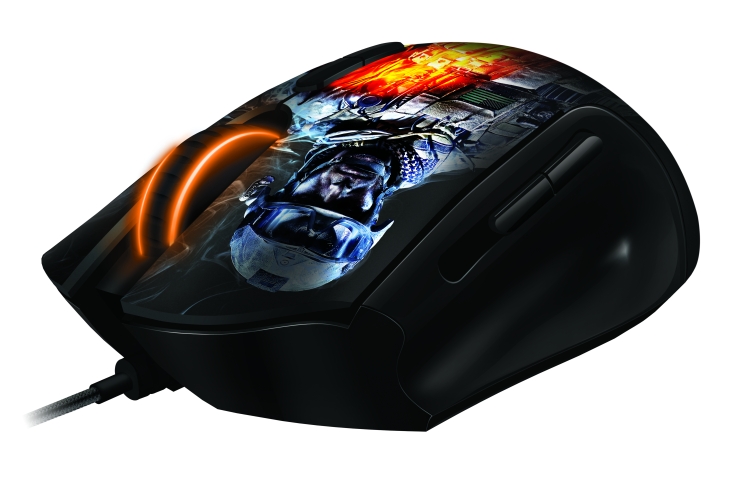 In war, the ultimate weapon is the soldier - a highly-trained and highly-equipped warrior primed to secure victory no matter the cost. With the Battlefield 3 Razer Imperator, its 6400dpi 4G Dual Sensor System ensures that your every movement is translated into frags of pinpoint accuracy. Its rubberized contoured thumb grip and ergonomic right-handed form factor becomes an extension of your will and prowess  making you the ultimate weapon in the hyper-frenetic, immersive military shooter, Battlefield 3. 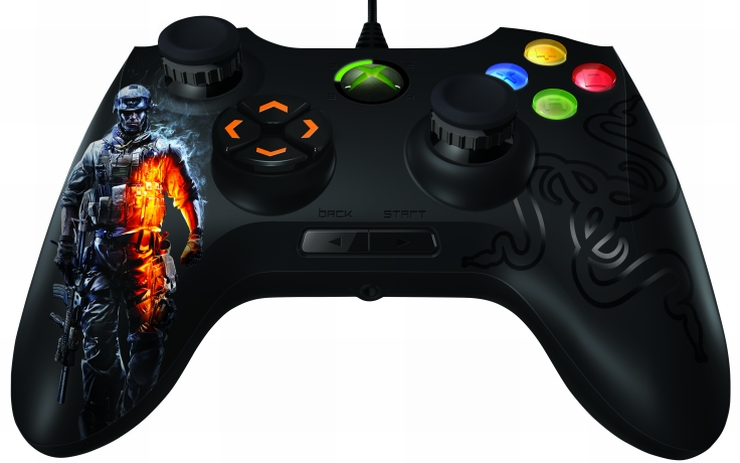 The Battlefield 3 Razer Onza TE gaming controller for the Xbox 360 gives soldiers the maximum competitive edge on the battlefield; it comes with adjustable resistance on both analog sticks for better sensitivity control and two fully programmable Multi-Function Buttons for faster fragging at your fingertips. On top of that, an improved D-pad, Hyperesponse technology on the backlit action buttons, and a 15 foot light-weight braided cable with quick release USB connector makes the Battlefield 3 Razer Onza TE the perfect choice for heart-pumping military action with Battlefield 3 on the Xbox 360.