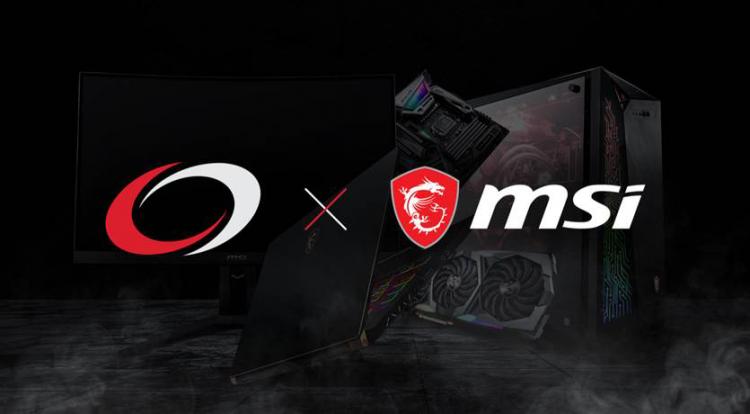 "Complexity and MSI have demonstrated an impressive track record of success in the gaming industry," says Daniel Herz, Chief Revenue Officer and Vice President, Complexity Gaming. "MSI has a stellar reputation in gaming and this partnership will ensure that our players train and compete at the highest level with the latest and most powerful products, setting them up for long term success.

"MSI is committed to the gaming industry, from offering the best gaming solutions to partnering with eSports teams that share the same vision and determination," says Sam Chern, MSI Marketing VP. "We are thrilled to join forces with Complexity Gaming and looking forward to outfitting their elite players with the tools to train, compete, and shine."

MSI will be providing high-performance PCs and notebooks to Complexity Gamings new headquarters and game station  the GameStop Performance Center. These two brands will also collaborate to create unique event and trade show activities that showcase the immersive qualities and future of gaming.

Complexity Gaming is one of North Americas longest standing and most successful eSports organizations, now owned by Jerry Jones of the Dallas Cowboys and real estate investor John Goff. The eSports organization is led by Founder and CEO Jason Lake, considered by many to be one of the founding fathers of eSports in North America. Complexity Gaming has won more than 140 championships in nearly 30 game titles over its more than 15-year history. Staunchly committed to passion, professionalism, and a player-first mentality, Complexity Gaming has been continuously recognized as a global leader in modern eSports. Learn more about Complexity Gaming at http://www.complexitygaming.com/