Consumer Versions Of The Oculus Rift Are Coming... Soonish 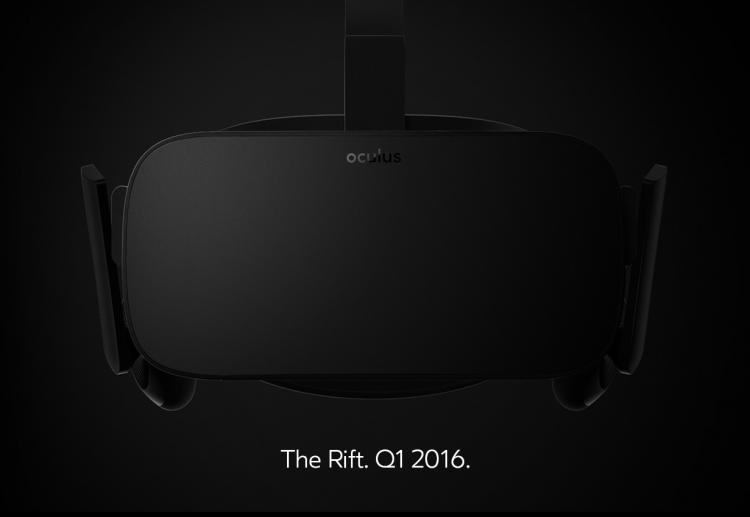 Long viewed as 'the next big thing' in consumer electronics, Virtual Reality took a big step forward following Oculus VR's successful prototype releases. Starting in 2012 with the Development Kit 1 (AKA DK1) and more recently revised to the more highly specced DK2 with 1080p OLED screen, Oculus devices have become the de facto development platform for modern VR software that as yet remains nascent in the consumer space. However that is set to change.

This morning Oculus VR have revealed that their first consumer model of the Rift headset will begin shipping in Q1 2016, which means that your everyday software developer or gamer (with a sufficiently large wallet) will be able to pick one up. Although revised with new tracking hardware allowing both seated and standing use cases, and updated input/controller hardware, the consumer model is believed to be based on the most recent Cresent Bay prototype which was considerably lighter than the DK1 & DK2.

The Rift's consumer variant may go head to head with Valve VIVE VR headset, co-developed by HTC and rumoured to be due this year, whilst Microsoft once again demonstrated their HoloLens concept at Build2015. It remains to be seen if the Oculus Rift can capitalise on their headstart, and if demand for prototype models is reflected in the consumer market.

More details of the technical aspects of the Rift are set to be shared next week on the Oculus Blog, with more information (including partner projects) no doubt unveiled at E3.