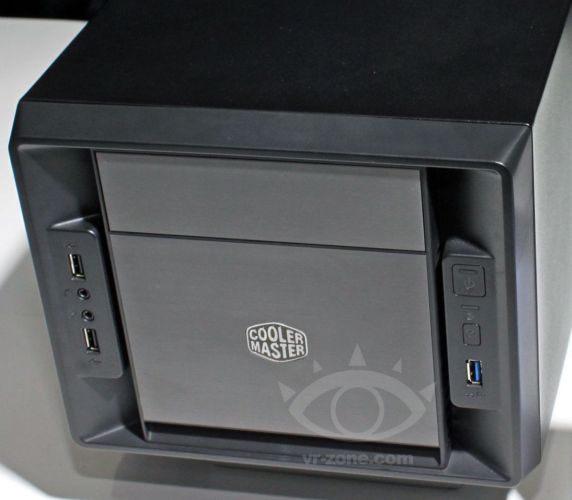 One of the products we appear to have missed at CeBIT 2012 was this diminutive mini-ITX chassis from Cooler Master, named the Elite 120, which was snapped by VR-Zone last week. The 120 is the first small case CM have announced in quite some time, and we're hopeful that it is as robust an offering as their more recent releases.

The Elite 120 is an aluminium and plastic affair which supports mini-ITX motherboards and standard ATX PSU's, though from the looks of the layout CPU cooler height will be significantly restricted. Dual-slot graphics cards can be installed thanks to the case having two PCI slots, and vents on the right-side panel would allow elaborate GFX Card coolers to have access to cool air and be less dependant on the cases' active cooling. Speaking of, the only active cooling within the case appears to be a single 120mm fan in the front 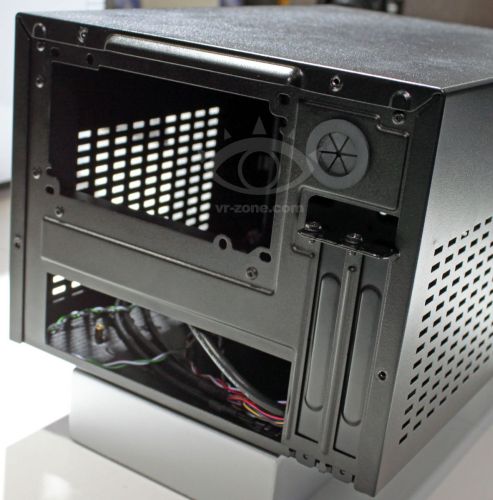 One USB 3.0 and two USB 2.0 ports are available on the fairly nondescript front fascia, as well as a power buttons and mic/headphone ports. One 5.25" drive is supported, as are three 3.5" or six 2.5" drives internally which allows for plenty of storage. The only potential niggle is air flow within the case if all drive options are utilised - even though ITX builds are typically very low power they still require some airflow over the CPU and motherboard components to cool effectively.

There is no information about pricing, however in the past Cooler Master's 'Elite' range have be aimed at the low-cost, high value <£40 market segment. The Elite 120 would prove to be a very interesting mini-ITX option at that price point, but we'll have to wait a little while longer for release date and pricing news.