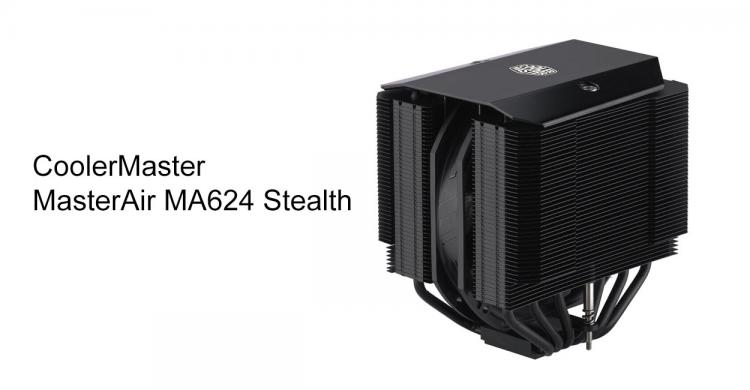 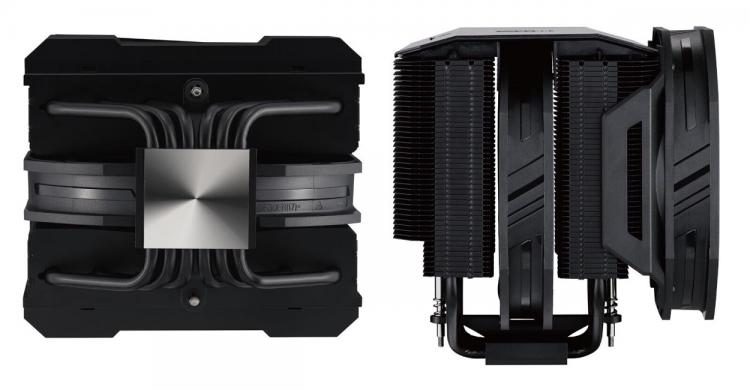 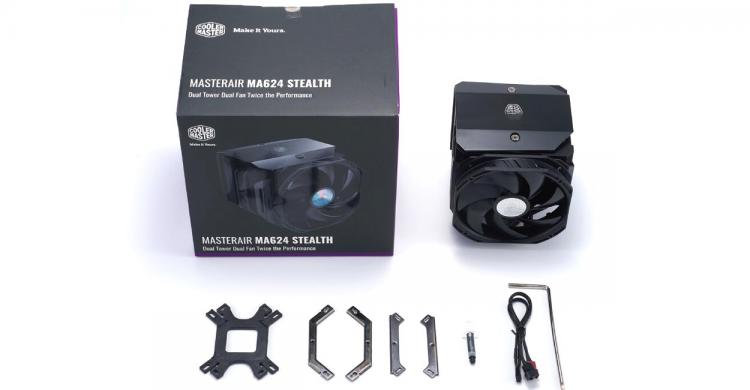 Optimal combination of fin thickness and pitch between each layer to ensure maximum airflow passes through the heatsink. Reduced air gap by integrated fin and heat pipes by soldering process.

6 Heat Pipes and Nickel-Plated Base

An extra 120mm SickleFlow fan is provided to be switched with the 140mm fan for improved RAM clearance.

The MasterAir MA624 Stealth sports a dual-function aluminium top cover that brings both strength and looks, supporting the heatsink by providing increased stability.

The MasterAir MA624 Stealth uses an exclusive all-in-one mounting design for easy installation on both Intel and AMD platforms.

*product page is under construction as of this writing