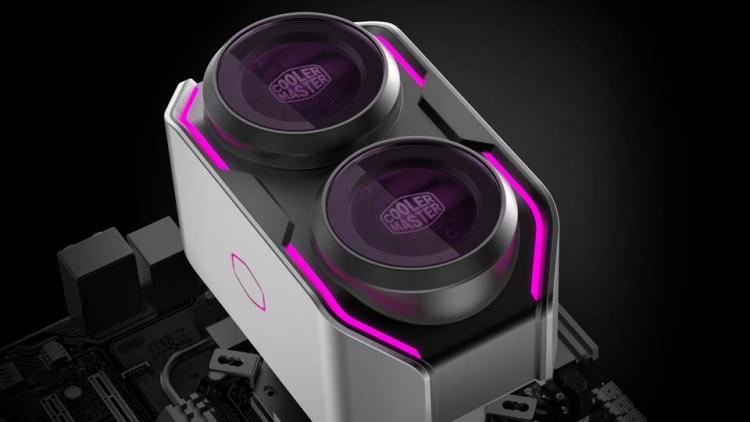 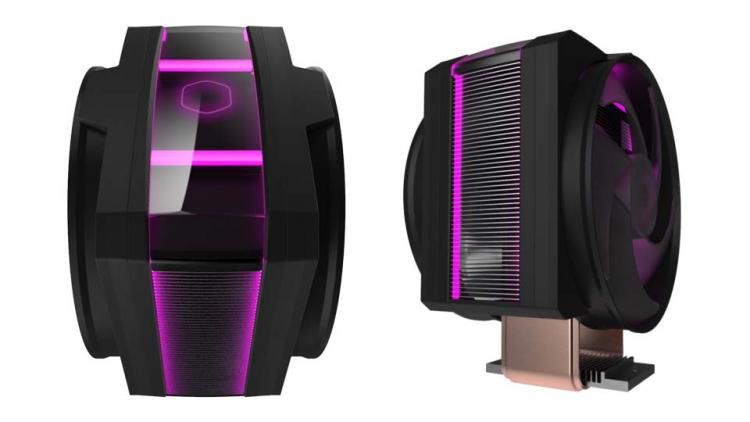 The MasterAir Maker 3DVVC is created with Cooler Masters 3D Vertical Vapor Chamber technology. Instead of the traditional heat pipes to dissipate the heat from the CPU, this cooler uses one single unit of a 3D Vertical Vapor Chamber to replace the heat pipes. The vapor chamber is precisely shaped into a U shape configuration to evenly distribute the CPU heat into the aluminum fins and cooled down by two 140mm fans. 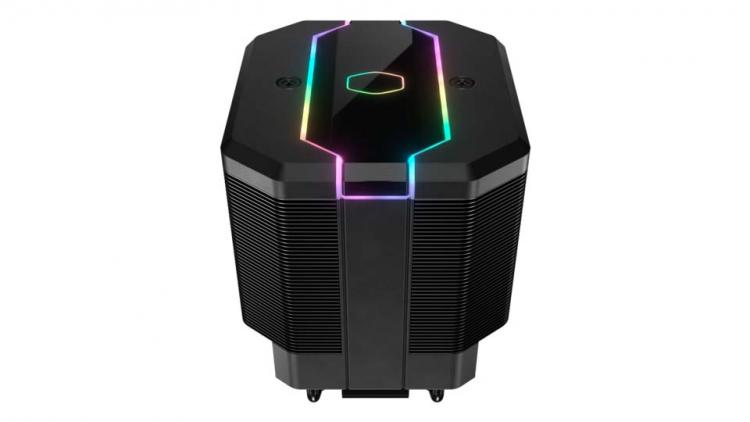 The MasterAir MA620M comes with dual blacked-out aluminum towers with a uniform 6 heat pipe layout to dissipate heat evenly. The Silencio FP120 fan provides high air pressure with silent performance to cool away the heat from the heat pipes in silence. The easy mounting system along with an array of Addressable RGB LED lighting makes the MA620M one of the best option in the market for an air cooling solution. 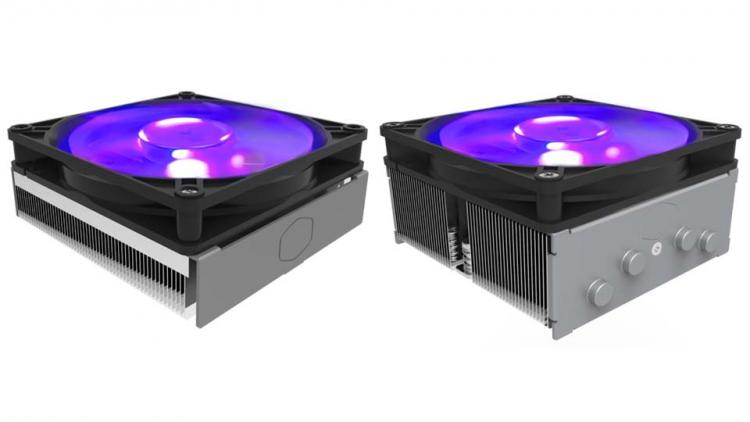 The G200P and G400P will be Cooler Masters next small-form-factor (SFF) air coolers. With an ultra-low profile of 39.5mm for the G200P and 58mm for G400P, embedded 2 heat pipes (G200P) and 4 heat pipes (G400P), and 92mm fan for both models the G200 and 400P will provide users with ample thermal performance in a compact form. Other proposed features include RGB lighting. 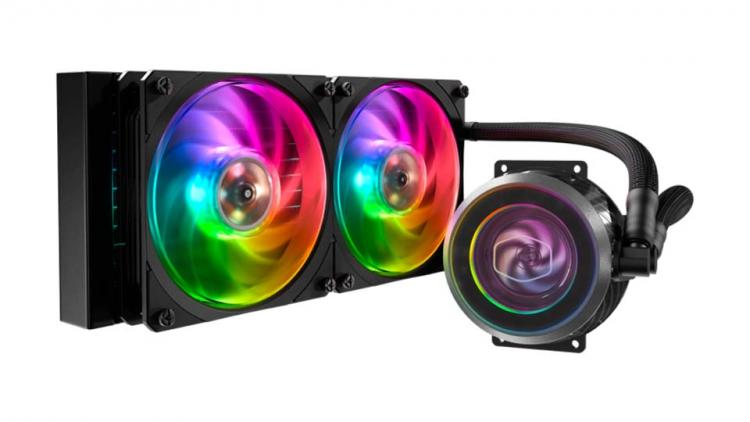 Designed and manufactured by Cooler Masters skilled in-house team, the ML240P Mirage uncovers whats inside. Featuring a transparent pump cover, this uniquely designed AIO provides users with a clear view of the operating impeller; coupled with eight ARGB LEDs around the internal rim of the pump, users of the ML240P Mirage will be delighted with a hypnotizing light show.

The new Cooler Master SF series of case fans are designed with a square fan frame for more direct airflow and pressure. The new square shape of the SF-R ARGB series provides more surface coverage on AIOs and air coolers. The SF120R ARGB, SF240R ARGB, and SF360R ARGB will be available in different sizes of 120/240/360mm with integrated fan frame design.
MasterFan SF120M. 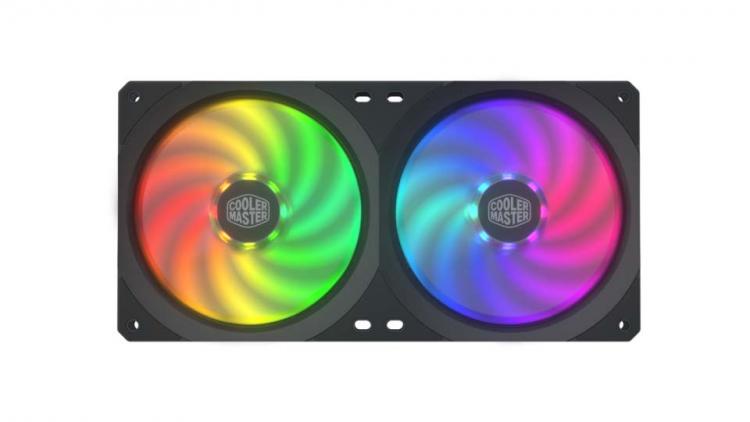 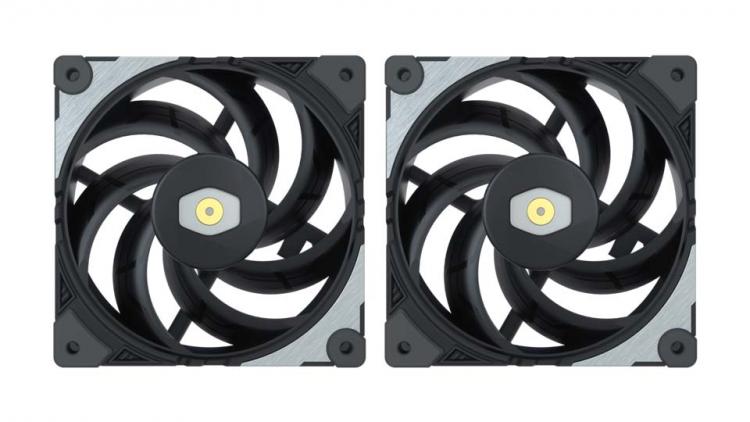 The MasterFan SF120M is Cooler Masters first Maker edition fan with a patented square 120mm metallic damping fan frame. The metallic frame is strategically placed on the fan to reduce vibration and internal friction. The double ball bearings further reduce friction and can be mounted in any direction without affecting fan performance. The noise level is limited to 26 dBA while having the performance level of an industrial fan. 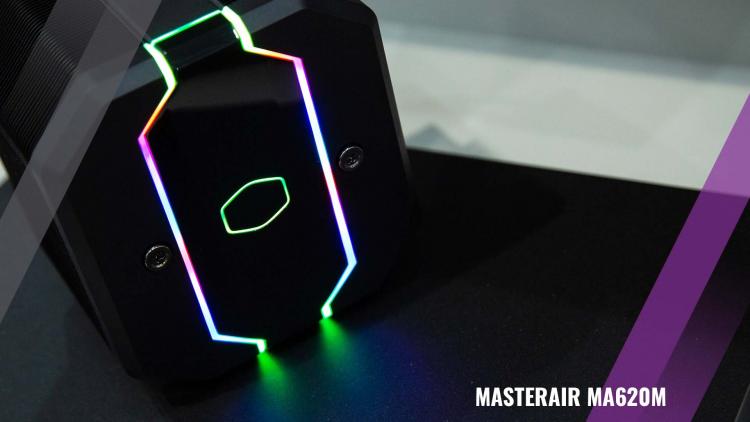 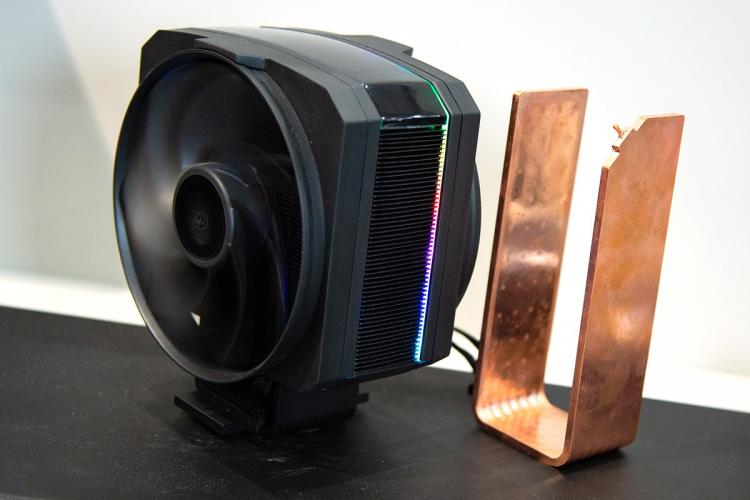