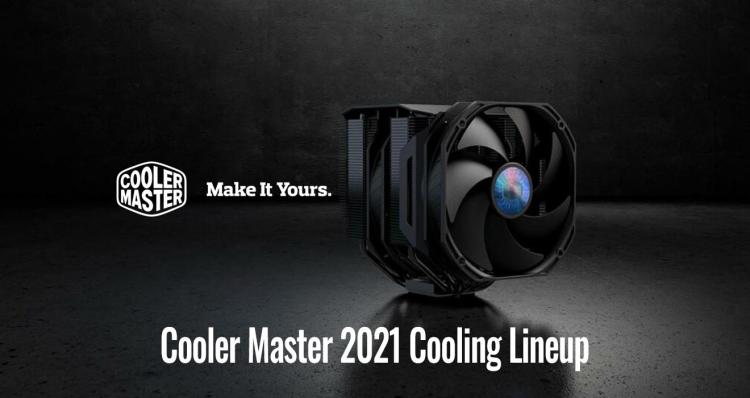 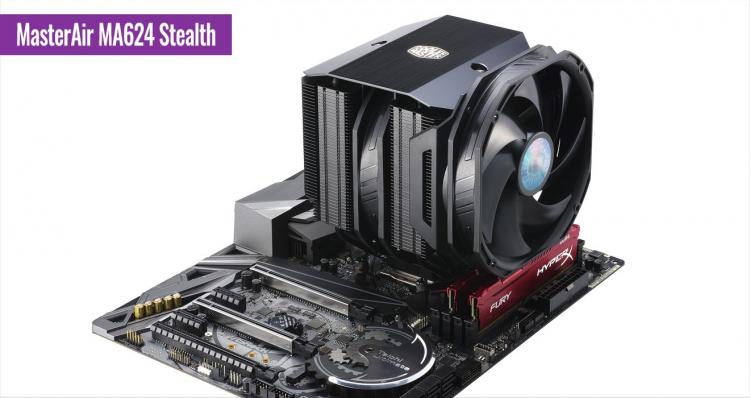 The MasterAir MA624 Stealth gives you unrivalled performance with an innovative dual-tower, dual-fan setup in a striking, massive jet-black package. Two SickleFlow fans give you an efficient Push-Pull setup for superior airflow, while a dual-tower heatsink cooled by six pipes and a nickel-plated base work to rapidly draw heat out. And despite the size of this baby, all of this is accomplished with a noise output that's capped at a whisper-quiet 27 dBA. 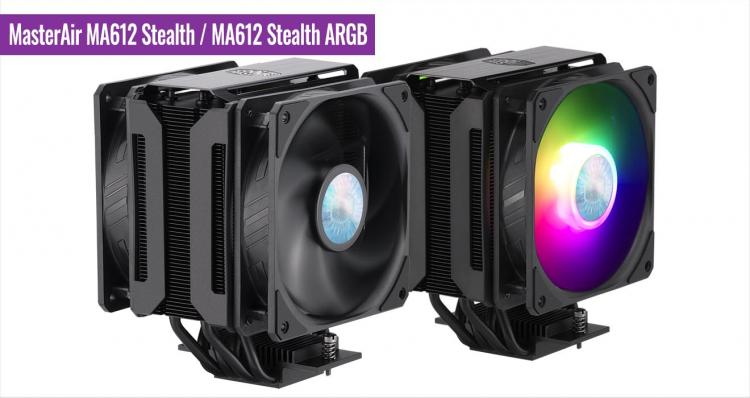 The MasterAir MA612 Stealth boasts impressive performance in an equally stunning jet-black finish. An asymmetrical heat pipe design with six pipes and nickel-plated base works to effectively draw heat out rapidly - while also taking into consideration RAM compatibility and clearance. In addition, twin SickleFlow fans are integrated for an impressive Push-Pull setup for superior airflow - while also keeping whisper-quiet even during your most intensive games.

The MasterAir MA612 Stealth ARGB is the version of the MA612 Stealth packed with twin SickleFlow ARGB fans. The ARGB elements are fully customizable with the MasterPlus software. 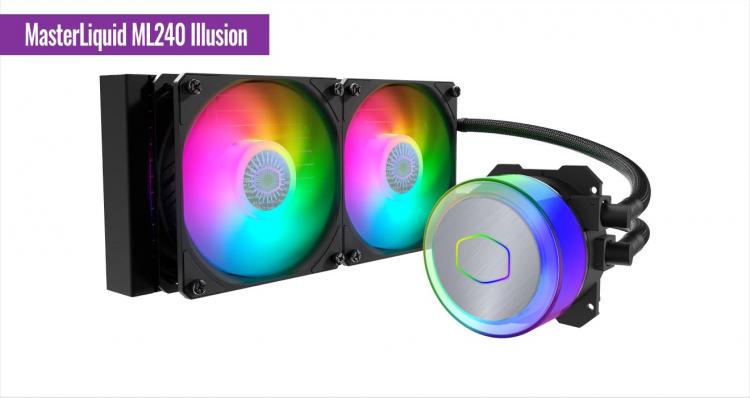 The MasterLiquid ML240 Illusion and ML360 Illusion redefines lighting in a cooling system. We've taken our award-winning MasterLiquid system with 3rd Generation Dual Chamber Pump, fans, and radiator, and added all-new visual features that truly must be seen to be believed. The pump in the Illusion is fully translucent, housing an incredible 60 addressable RGB LEDs utilizing new Addressable Gen 2 tech for unrivaled lighting potential. In addition, MasterFan MF120 Halo fans add even more lighting to the mix for truly spectacular light shows. And thanks to our MasterPlus+ software, all of these can be fully customized with colours, effects, and animations for a cooler that might be the visual centrepiece of your rig. 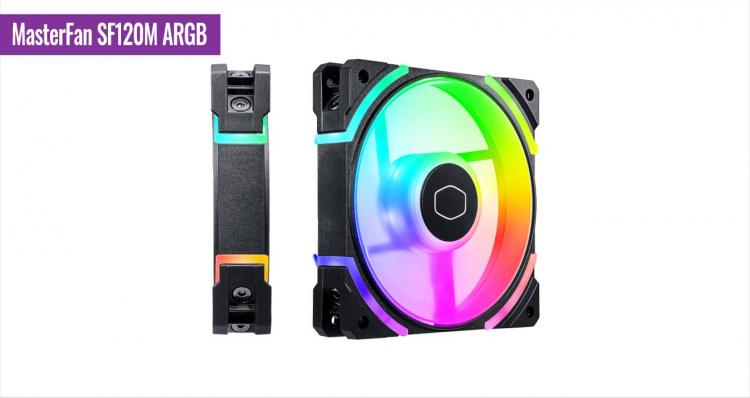 The MasterFan SF120M is an innovative fan that utilizes creative new features and industry-grade materials for leadership in performance, stability, and durability. A dual ball-bearing motor reduces rotational friction for enhanced performance and longevity, and a frame reinforced with premium metallic shielding provides industrial-grade toughness to your setup. In addition, we've added 18 uniform ARGBs: six in the inner ring and 12 in the outer frame for stunning visuals that are sure to take your build to the next level. 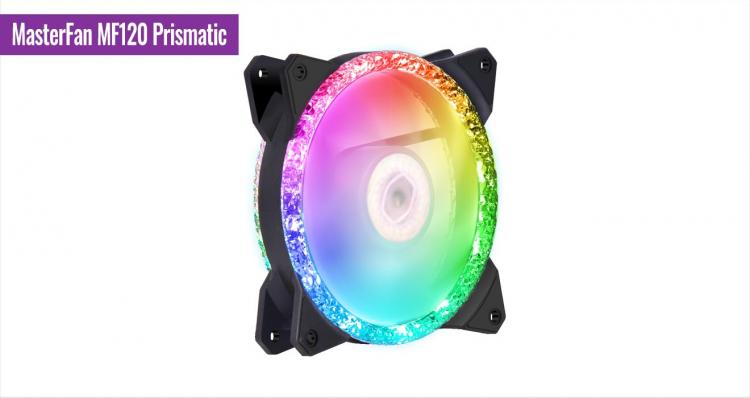 The new MasterFan MF120 Prismatic fan features striking innovations in lighting in a high-performance package. Its showstopping feature is tri-loop Addressable RGB lighting with one-of-a-kind crystalline loops on both sides of the fan for a truly radiant light show in your build. In addition, the fan in the middle is no slouch either, with a Silent Driver IC that offers smooth and quiet fan operation while producing pressure to airflow curve that far exceeds previous generation performance at a significant level. Stunning and capable, the Prismatic truly stands out from the rest.

There are currently 683 user(s) online:
Google