CM's MasterLiquid Pro 240 - compatible with AM4 via an upgrade kit

Cooler Master, one of the world's top brands for PC cooling products and PSUs, have taken the sensible step of outlining the platform compatibility of a whole raft of their CPU coolers and PSUs. The timing is opportune: Intel last month released the brand new 7th Generation Core CPUs, and AMD looks set to launch the AM4-based Ryzen plaform in the very near future.

The Cooler Master team is up-front with the fact that most of their current CPU cooler range, be they air or liquid coolers, are already compatible with Intel's Kaby Lake platform. Intel's mainstream socket design has remained largely unchanged since 2010's Sandy Bridge (with the exception of pin layout), so that being the case is no real surprise. 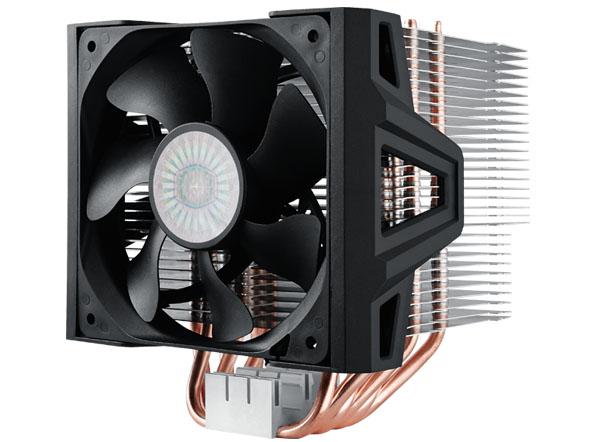 The Hyper 612 ver. 2 is one of many CM air coolers getting an AM4 upgrade kit

Compatibility with AMD's upcoming AM4 socket and Summit Ridge platform is where things get interesting. Although they're superficially similar, AM4 is sufficiently different from AM3 for problems to arise, hence the recent rush of manufacturers offering AM4 upgrade kits for their coolers. The proven longevity of Cooler Master's designs - variants of the Hyper 212 for example are still on sale despite the original model being almost a decade old - has meant that they needed to get creative to show compatibility info. Hence the following table:

In all instances if bought today any Cooler Master CPU cooler will support both Kaby Lake and Ryzen CPUs, although consumers will want to double-check with retailers to ensure they're not purchasing old stock. AM4/Ryzen support on older retail models is much more spotty, and may require an upgrade kit sourced from either retailers or Cooler Master directly. If the cooler model is not listed then it's unlikely to support AM4 sockets.

Sadly this will mean that those of us who have been nursing a very old CM cooler through the years, going through platform upgrade after platform upgrade, may finally have to retire the old faithful in favour of something new and shiny. I for one will be putting an original Hyper 212 out to pasture, with many fond memories to send him on his way.

Cooler Master have also advised that these PSUs are fully compatible with next-generation CPUs and motherboards: