Cooler Master have an extensive portfolio of PC components including peripherals and cases, but let's not forget the sector in which they originally cut their teeth (and took their name): CPU cooling. Today Cooler Master are launching two new CPU All-in-One Liquid Cooling solutions as part of the MasterLiquid Lite Range, available in radiator form factors and with ancillary features for the more aesthetically minded.

The MasterLiquid ML240L RGB and ML120L RGB are, as the name suggests, AIO Liquid Coolers with 240mm and 120mm radiators respectively. So far, so good - closed loop coolers have been a major revolution for CPU cooling in recent years driven by affordability improvements and ease of installation, plus they're particularly well suited in a PC which needs to travel. 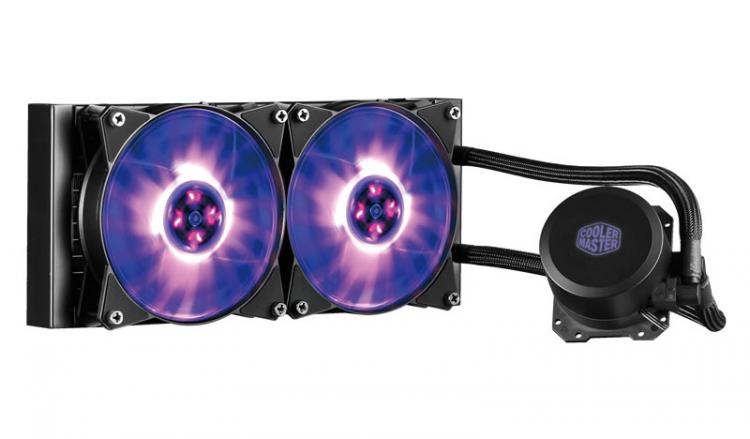 Where the new MasterLiquid models start to differ from the norm is with the integration of RGB LEDs, adding a touch more bling to the insides of your PC. Additionally, even though motherboard manufacturers such as ASUS and MSI have their own unique take on RGB LED control systems, both the new coolers support all of the major implementations for seamless sync and control.

Getting down to the technical capabilities of the coolers, both utilise 'low-resitance' radiators and come with 120mm fans installed. Typically low resistance radiators have particularly low noise characteristics due to less turbulent air flow from more widely spaced fins, but that will also tend to have a knock-on impact on cooling potential. It will be fascinating to see how well it performs when coupled to a heavily overclocked CPU, but it should be a very reasonable option for most PCs running at reference speeds and voltages. 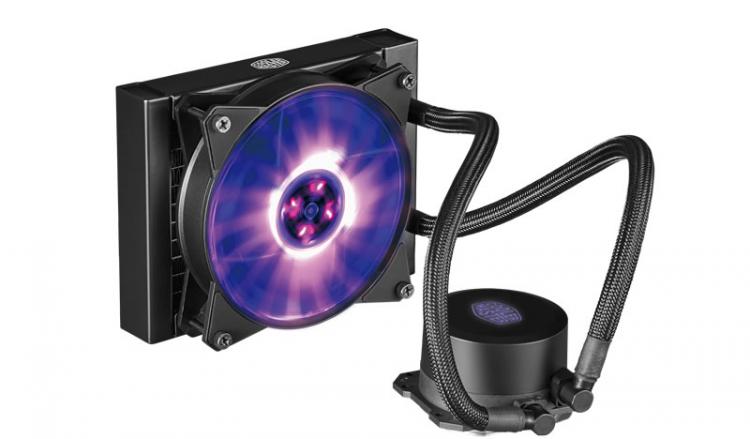 At 27mm the radiators of both models follow industry standards. As a result chassis compatibility will be broad and installation should be a doddle. Out the box support is for most mainstream CPU sockets including Intel LGA2066 and AMD AM4, however currently Threadripper (TR4) support is not indicated.

As a final and welcome aesthetic touch both MasterLiquid RGB models include sleeved tubing. It's the simple things which just add that reassuring quality.

MSRP At Time Of Publication

For more information visit on these and other cooling solutions visit CoolerMaster.com