Cooler Master's New HAF XM, For When The HAF X Is Just Too Big 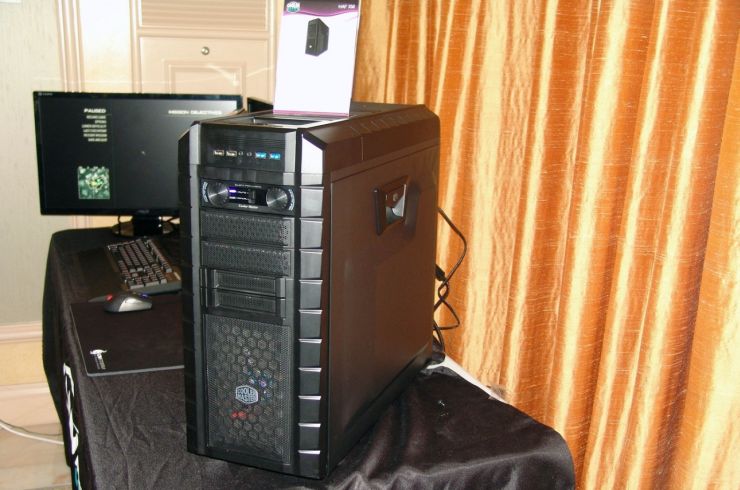 It seems that Cooler Master is back to winning ways with the Cosmos II, but even with their current strong offerings in the midi-tower market it appears that they're not going to rest on their laurels. Enter the HAF XM, a slimmed down version of the HAF X for those who don't need all the space of the XL-ATX beast but do enjoy the features and aesthetics.

The HAF XM is an 8 PCI slot Midi Tower chassis probably supporting up-to ATX motherboard form factor, EATX may be possible but XL-ATX is unlikely. Air cooling is pretty much what you would expect: 200mm front intake, 200mm in the top and 120/140 in the rear. Like the HAF X, the HAF XM has a PSU cable cover to hide any cable mess allowing for a sleeker look internally. Other features include two 3.5" hot-swap bays in the front, a latched side panel (release version will be on left panel only) and 2.5" HDD mounting point on the rear of the motherboard tray. 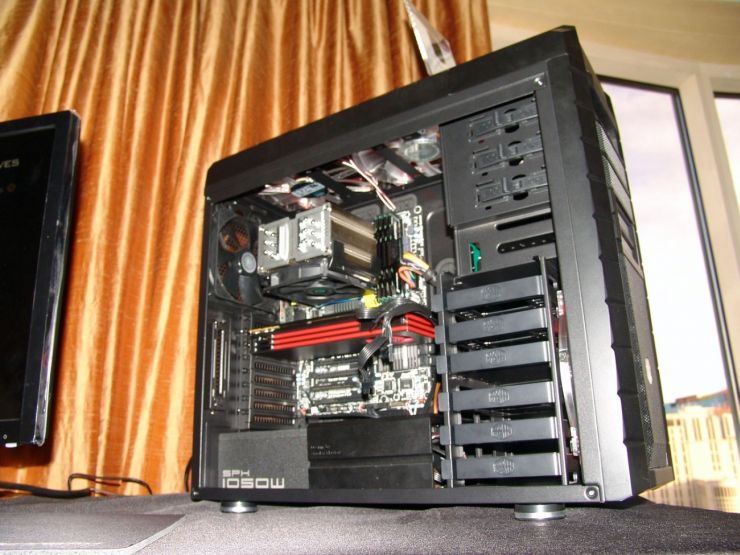 The model on display was a pre-release version; a release date isn't yet known by the target price is $159.99. It'll have tough competition at that price from Cooler Master's own models as well as other prominent manufacturers in this very busy market.