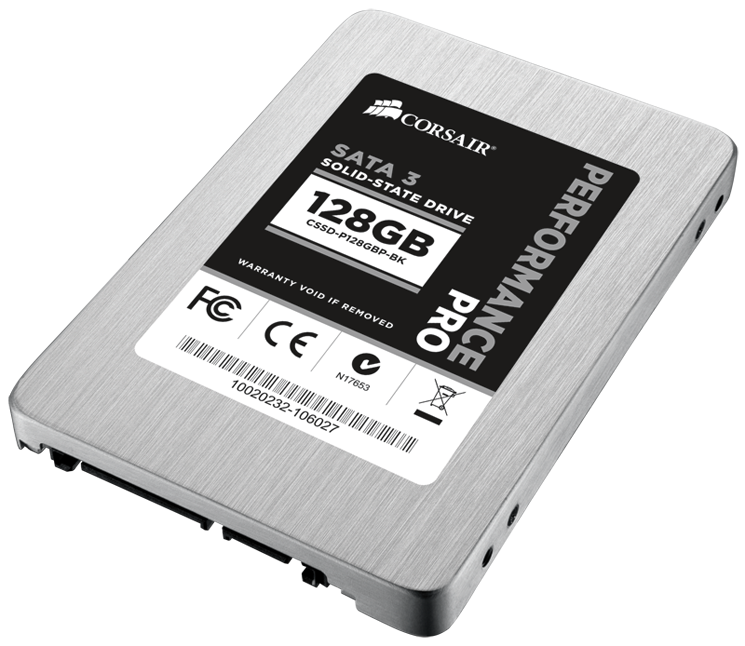 Performance Pro solid-state drives provide fast SATA III connectivity that pushes the limits of the new SATA III 6Gb/s interface. They are also backward compatible with SATA 2 3GB/s, and include an 3.5" adapter for easy installation in both laptop and desktop PCs.

"We are pleased to provide a fast SATA 3 SSD that's designed specifically for real-world performance," said Thi La, Vice President of Memory Products at Corsair. "High-performance PC users work heavily with media files, and unlike some other SSDs, the Performance Pro can save, load and move music, photos and movies without significantly reduced performance. It offers consistent, reliable speed regardless of whether you're running Windows, OS X or Linux, and whether youre using a single drive or a RAID configuration."

The new Performance Pro Series SSDs are backed by a three-year warranty and are available in 128GB and 256GB configurations from authorized distributors and retailers worldwide. Note that stated capacities are unformatted and actual capacities will vary depending on the formatting and operating system used.

There are currently 531 user(s) online:
Google