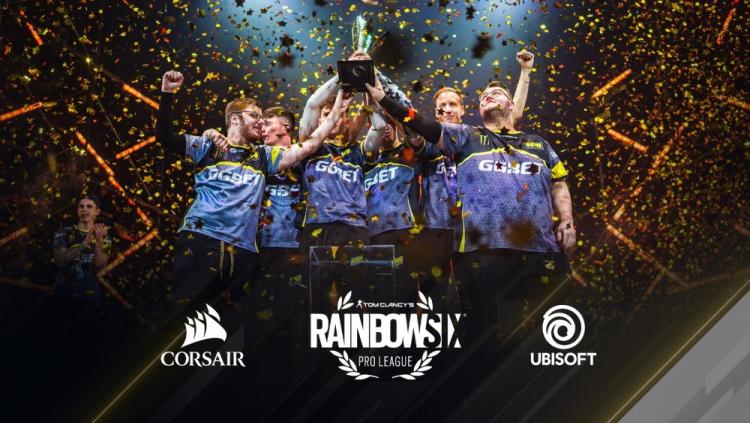 Gaming peripheral and enthusiast component manufacturer CORSAIR have announced a partnership with Ubisoft today that further broadens their presence in the competitive esports landscape. As part of a deepening involvement in the Rainbow Six Siege competitive scene the brand has inked a sponsorship agreement for the Rainbow Six Pro League and two major tournaments in 2020: the Six Invitational 2020 and the Six Major. As part of the agreement CORSAIR will supply events with high performance PC hardware and peripherals, spearhead demo stations and giveaways for attendees, and partner with Ubisoft on the possibility of future in-game collaborations.

The story of Tom Clancy's Rainbow Six Siege is a rags to riches tale. From being largely overlooked at launch the squad-based PvP-leaning FPS now boasts over 50m players to date thanks to the hard work of developers at a time when the lack of instant success could have have been a death-knell for the title. That major tournament events are now possible over four years after release is a testament to the game's strong fundamentals and the value of a publisher taking the long view.

CORSAIR have long been involved with the scene on a team and individual level, sponsoring Varsity Gaming, Team Secret, Team Vitality and Nora-Rengo alongside big-name streamers King George and AnneMunition. The positive feedback cycle is completed by consulting with these players in the development of new keyboards and mice designed specifically for Siege.

It's very unlikely that this will be the last we hear of CORSAIR deepening their ties to esports in the coming year. For more information on their peripherals and hardware component range visit corsair.com and check out some new tools for your own competitive play.

There are currently 784 user(s) online:
Google