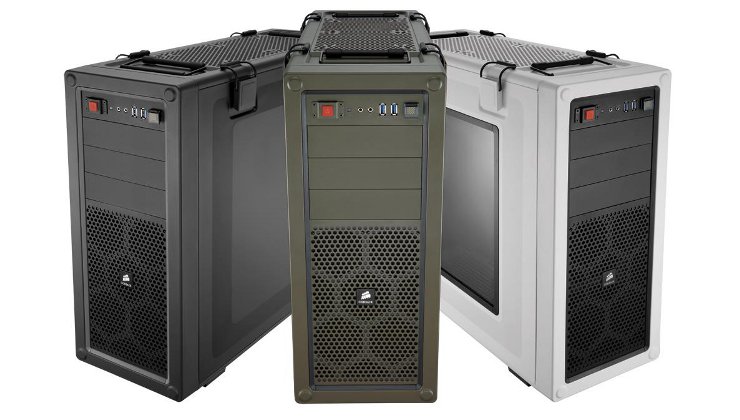 Taking most by surprise, Corsair have just announced a brand new gaming chassis to join their Vengeance product line: the Vengeance C70 Gaming Case. Taking to Facebook earlier today Corsair unveiled some new shots showing off the design and a few key features, immediately generating quite a bit of interest.

Initially, the choice of colours is striking: white, grey and camo-green. The latter especially evokes a more industrial look, but all three variants are significantly more rugged-appearing than previous efforts in the Obsidian, Carbide or Graphite ranges. Perhaps unsurprisingly though it differs from previous Corsair cases chiefly in said rugged aesthetics; internally it apes the well regarded Carbide 500R (a Vortez Gold and Amazing Value award winner) including 8-slot ATX motherboard support, cable management grommets, removable HDD cage and roof-support for a H100 CPU cooler. Corsair claims additional support for a 240mm Radiator in the floor of the case once the lower HDD cage is removed. 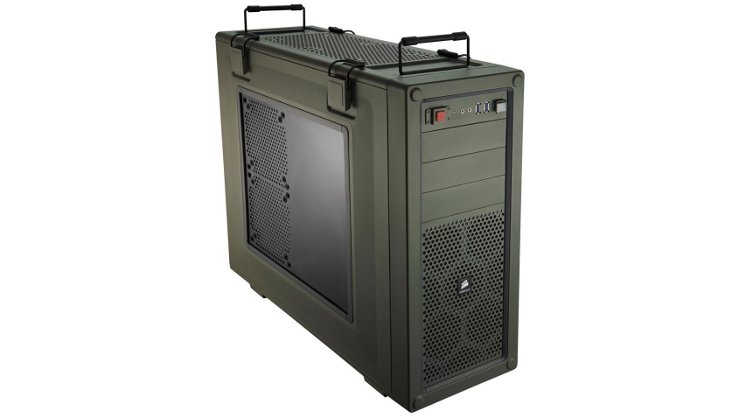 The Vengeance C70's unique external features are chiefly frill: carry handles and side panel latches are clearly intended to be military/industrial in look, power and reset buttons are styled as weapons' fire buttons. Those who appreciate the 'military' appearance of the ASUS Sabertooth motherboards will enjoy the internal and external green colour option too. Other externally visible inclusions are two USB 3.0 ports, headphone and microphone jacks, each of which are in keeping with the overall effect. 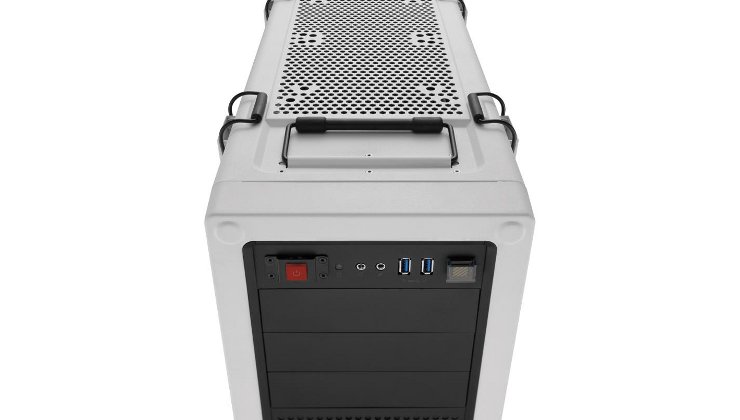 The left side panel is windowed with opaque acrylic, however disappointingly the window is perforated with fan mounts and ventilation - even with hot graphics cards you're unlikely to need quite that level of additional cooling and in the vast majority of situations all they will serve to do is spoil the view. Apart from the two 120/140mm fan mounts in the side panel, the three bundled 120mm fans can be augmented by a further five for a total of up-to ten 120mm fans cooling toasty internal components. Knowing Corsairs dedication to quality most if not all of the fan intakes will probably be filtered to prevent dust incursion.

It's not clear when the Vengeance C70 will be released but we do know that initial US pricing puts it at $139.99, the same RRP as the Carbide 500R. For more information visit Corsair's [url=]dedicated product page[/url], which will no doubt be updated with more detail in time. 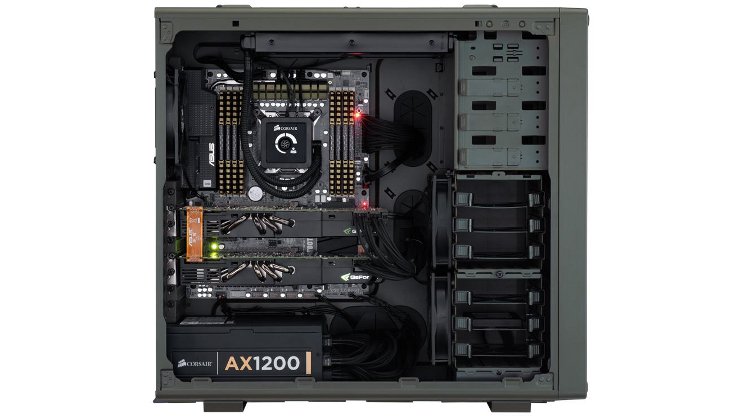