March 09, 2015, Taipei, Taiwan - COUGAR, a leading player in the computer gaming hardware market, announces today the release of its first 80 PLUS BRONZE Certified Digital Power Supply Unit, the COUGAR CMD Digital Power Supply Unit. Its arrival marks a radical change for Digital PSUs, freeing them from their current status of niche product and putting digital power in the right direction towards becoming the mainstream option for PC gaming. This is due to the emphasis on practical functionality put during its development, which has led to a product whose specifications all target real user needs. 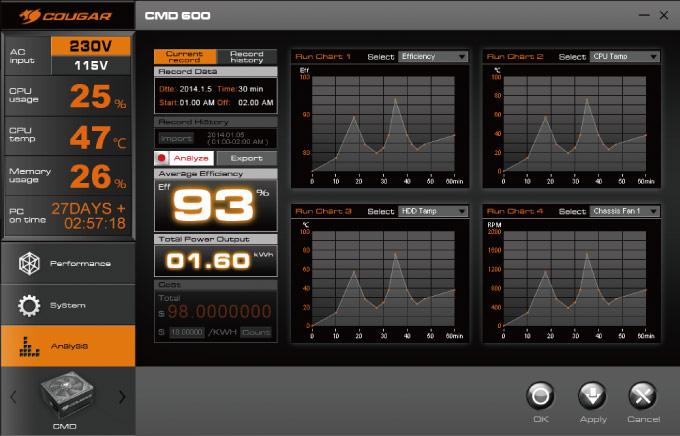 The basis of the CMD is the state of the art technology and quality materials COUGAR is already well known for in the PSU market. On top of this, COUGAR has implemented its newly developed Digital Power technology and integrated it with the COUGAR UIX Device management system. The Digital Power technology brings a broad range of functions to CMD that will assist the user mainly in two areas: the electric supply of the computer and its temperature and cooling. Those two areas have been chosen because they are especially relevant for gamers. 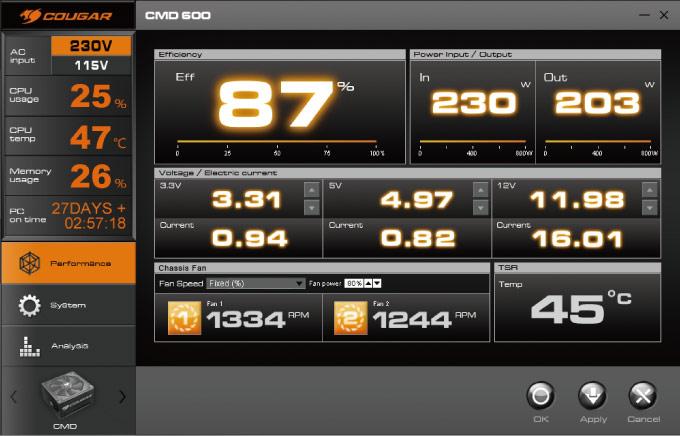 The CMD's electric supply-related functions include monitoring of the PSU's electric input and output, efficiency, consumption and voltage fine-tuning, providing the user with a high level of control and full information about the energy his system works with.

As for temperature and cooling, key factors for a gaming computer, the CMD provides everything a gamer might ask for. Within a single application, the user can easily monitor the temperature of key components within his system, and with the included TSR sensor an additional point inside the computer (chosen by the user) can be monitored as well. This information becomes even more useful since the CMD gives the user the possibility to install up to two additional fans and control their speed through the UIX system. As for CMD´s internal fan, its automatic control will adjust its speed to the PSU´s temperature, keeping always the optimum balance between temperature and sound. 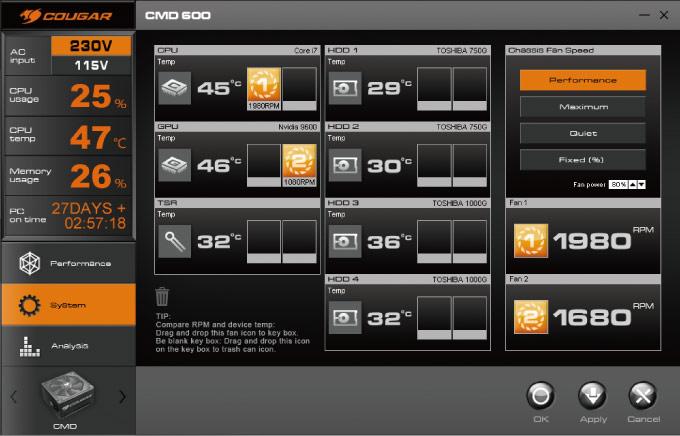 Finally, CMD enjoys full integration with the COUGAR UIX System, allowing the user to control both its gaming devices and the temperature and power supply of his computer within a single application.

CMD is, in short, nothing short of a revolution in the Digital Power Supply market, reinventing the Digital PSU concept to make it more useful and adjusted to gamers' real needs.