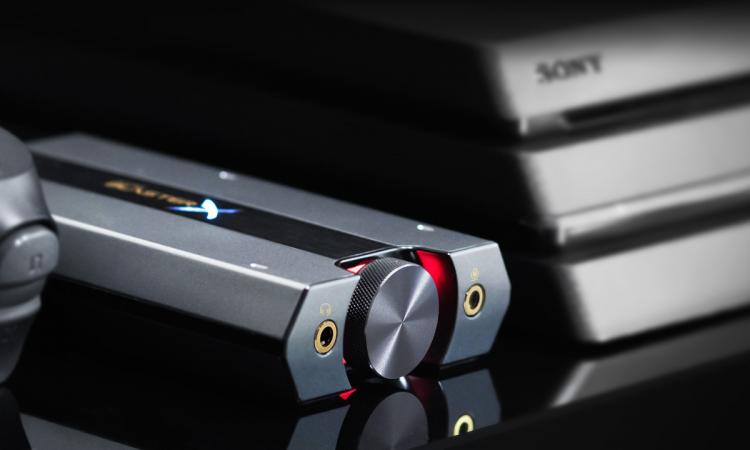 As part of their never-ending quest to improve the quality of audio in the consumer market, Creative are today launching the latest of the Sound BlasterX USB DAC solutions. The Creative Sound BlasterX G6 is a follow-up to the well-regarded G5, a discrete external DAC designed to bolster the experience of gaming through headsets and in-ear headphones, be they mainstream or prosumer quality.

Like the G5, the Sound BlasterX G6 is a compact desktop solution that sits between headset and your PC or other gaming device. Compatibility is broad rather than narrow: as well as supporting PC over USB or Optical Line-in, the G6 also supports PS4, Xbox and now the Nintendo Switch. And of course it will operate well with headphones from 16 to 600 Ohms.

The Specs of the SBX G6 however push their consumer USB DAC technology further even than the G5. Most notable is the incorporation of a maximum playback quality of 32-bit/382kHz, a substantial up-tick from 24-bit/192kHz. Running hand in hand with this is support for playback of DSD64 and DSD128 Format audio over PCM (using DoP methodology). This G6 can also handle Dolby Digital Decoding. In these respects its an extremely capable consumer-level device. 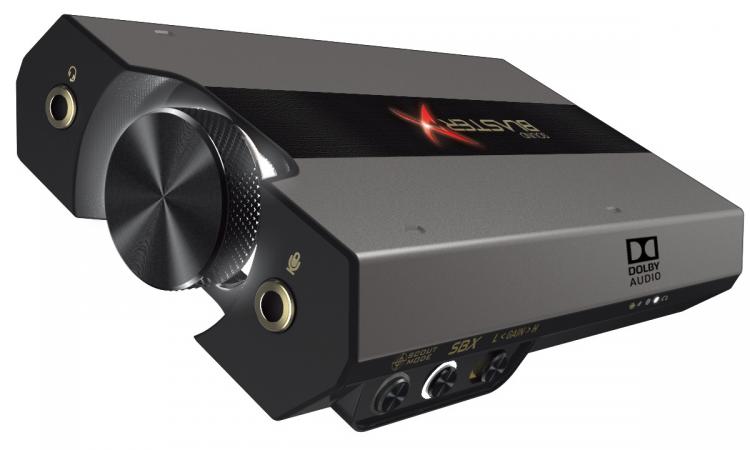 Sound BlasterX G6 also features Xamp, Creatives custom-designed discrete headphone amp that amplifies left and right audio channels individually rather than as a pair. Creative boast that this amp is able to drive anything from performance-grade 16 Ohm in-ear monitors all the way to professional gaming headsets and studio-grade 600 Ohm headphones, which is certainly well worth some bragging rights. High and low-gain configurations are selected via a switch on the units side.

Fans of RGB lighting can also rejoice as for the first time their external USB DAC family supports addressable lighting via the Creative Connect software. Although subtle  the lighting is restricted to a zone around the volume control knob  it may be an in-demand addition to the hardware in line with the inclusion of the integration of a LED lighting controller in their AE-5 PCI-E soundcard. Via software its possible to set the lighting up as static, active or reactive to audio played through the system. 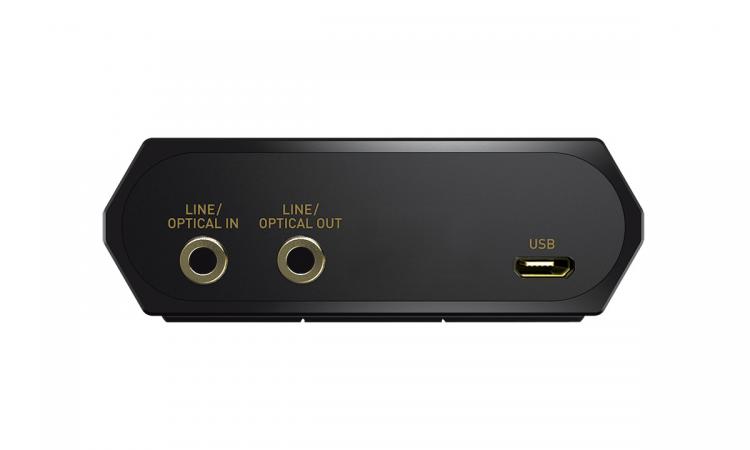 The G6's rear, where Optical Line-In and USB-In are both supported

With the G6 Creative continue support for Scout Mode. This feature highlights more subtle audio cues in a 3D environment such as steps and gun reloads, potentially giving you an advantage in online and single-player FPS gameplay. Furthermore, Creative have created a number of audio profiles for specific titles, further enhancing the gameplay experience and deepening immersion. These profiles can be applied via the Sound Blaster Connect software, and enabled via a button on the unit itself.

Utilising the Sound BlasterX G6 on PC gives you access to Sound Blaster Connect, a powerful software suite designed to draw the most out of the hardwares capabilities. It integrates the BlasterX Acoustic Engine, a library of audio profiles, equaliser configuration and other settings for a one-stop shop to satisfy your tweaking requirements. 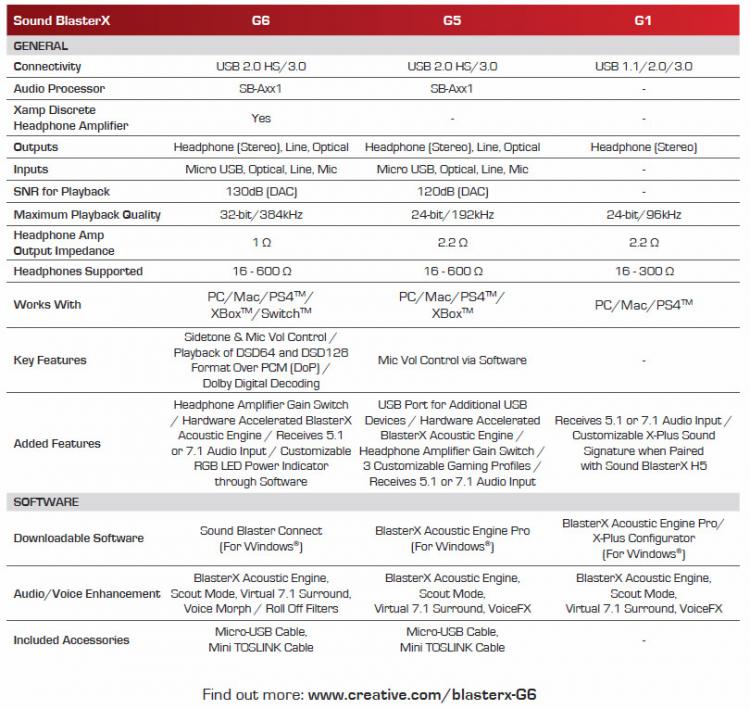 The Sound BlasterX G6 will be on display at IFA in Berlin from August 31st through to September 5th. The Sound BlasterX G6 is available today from the Creative Shop priced at an MSRP of £129.99. For more information on this and other Creative Audio hardware including speakers, DAC solutions and more, visit uk.creative.com.