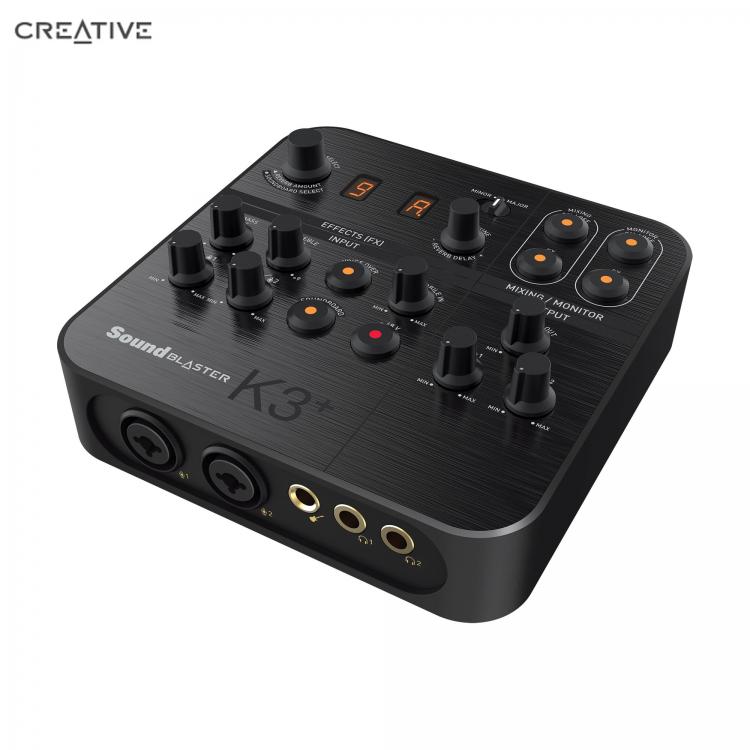 Six Modes of Operation: The Sound Blaster K3+ is ideal for recording, music playback, web chat, broadcasting, DJ and karaoke. Features such as voice over and reverb effects can be triggered when needed for such modes.
Plug-and-Play: The Sound Blaster K3+ can be connected to a wide variety of devices including PC, consoles, Mac, smartphones, and tablets with its 4-pole 3.5mm audio jack.
High-Quality Playback and Recording: The Sound Blaster K3+ offers crystal clear audio with its 24bit 96kHz playback and clear recording as well at 24bit 48kHz.
Audio Effects Processing in Real-Time: Access audio effects in real-time including autotune and reverb which can also be applied to mobile devices.