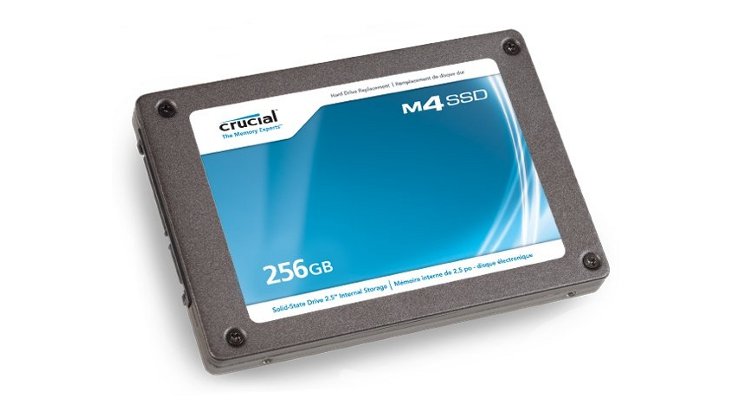 The Crucial M4 SSD is highly rated in enthusiast circles, and is generally seen as one of the more reliable options for cost-conscious consumers. Whilst Sandforce drives have been known to be buggy by comparison, the Crucial drives appeared to sail on through unruffled. Unfortunately M4 users on the official Crucial forums, with various drive capacities, began reporting BSOD's with the 0x00000f4 error code in conspicuous numbers last month. Drive data, it appeared, was unaffected but once the problem started it continued to persist following every restart.

Investigation by users and Crucial engineers determined that a firmware fault present in all released versions was the source of the issue, which causes the drive to spit out errors once the 5200 operational hours mark was reached. Drive access patterns (heavy or light) didn't appear to be a factor, only total Power On Hours. Thankfully relatively few users have reached the mark thus far so the problem isn't widespread, but appears to be a dormant in every M4 drive currently in circulation. Yesterday Crucial Forum Rep Crucial_Dude posted the following message for concerned users:

We are aware of an issue that is currently affecting a small number of users whereby their m4 causes their system to require a restart. This issue occurs after approximately 5,000 hours of actual on time use. Following the initial reboot, the system then requires subsequent restarts after each additional hour of use. However, the data on the SSD is unaffected and will not be lost due to this condition.

Through our investigation, we have determined the root cause of the problem and will be releasing a firmware update that rectifies the situation. We are currently running through our validation and compatibility process. Once this process is complete, the firmware will be made available to our customers. Although we understand the desire of some people to start using unreleased firmware now, we want to ensure that our solution works across multiple chipsets, systems, and operating systems before publishing the release code. We are currently targeting the week of January 16th, 2012 to publicly release the new firmware update.

We understand the impact that this is having on some users right now and apologize for this inconvenience. We appreciate your continued support, feedback, and patience as we finalize code and resolve this issue.

You should only be at risk if you tend to have your PC in continuous (near always-on) operation, those with more normal usage patterns should not be in imminent danger but will want to update their firmware when a new version becomes available. If you would like to find out if you're at risk, analyse the 'Power On Hours' SMART data of your M4 drive using suitable HDD analysis tools such as Crystal Mark. If you're approaching the worrying 5200 point, you may want to consider rationing your PC on time or pulling the drive until the fix is release.

« When Is A Mouse, Not A Mouse? · Crucial M4 SSD Firmware Flaw Revealed · COUGAR Introduce The Solution High Performance Mid-Tower »