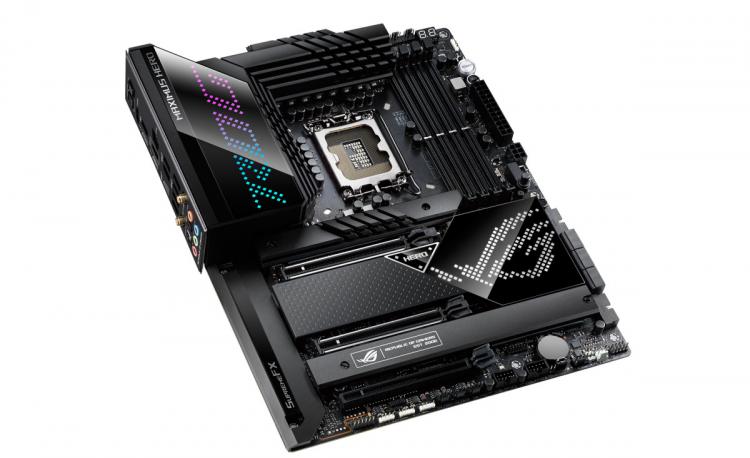 The launch of Intel's Z690-series motherboards has been going relatively smoothly, stock issues notwithstanding, but in the course of the last fortnight reports came in of a curious problem with one specific ASUS ROG model. In isolated cases the ROG MAXIMUS Z690 HERO bricked itself, sometimes simply indicating a 'QCODE 53' error. And others... well... take a look: 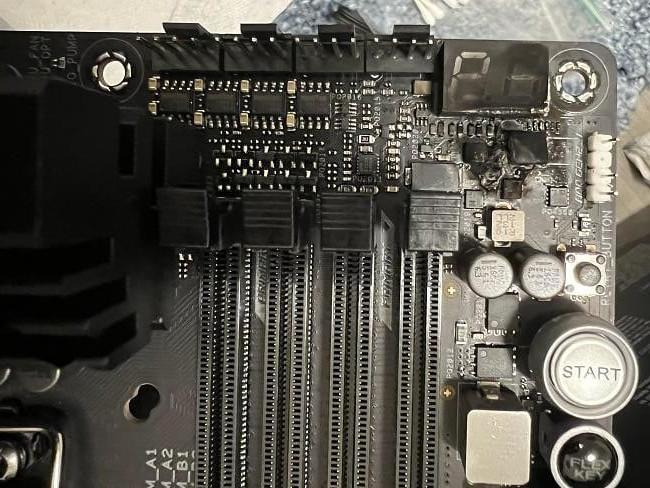 Teething issues with new chipsets are rare, but they do happen. Severe cases of burnt motherboard components will however raise many more eyebrows. Multiple submissions were made to the /r/ASUS subreddit and multiple tech news sites picked up the story, focussing on the Error 53 code indicated on the motherboard's LED display and the specific ignited MOSFETs. 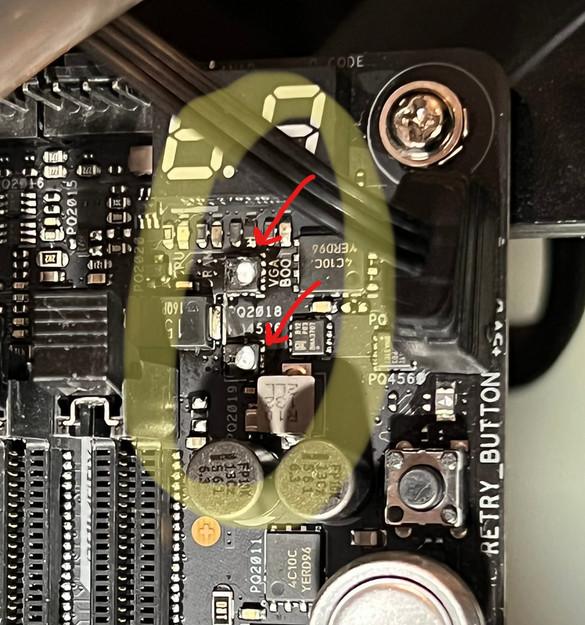 With hundreds of the Maximus Hero models now in the wild - ASUS ROG is an exceptionally popular brand after all - it was unclear if this was a problem isolated to a bad batch or the consequence of a flaw in the motherboard's design. Nonetheless BuildZoid, an enthusiast overclocker and well-respected contributor to tech sites worldwide, appears to have identified both the cause and a way of identifying units that will be susceptible.

Internet sleuths placed an understandable focus on the components visually affected by the flaw. BuildZoid posited however that the visual indicators might just be symptoms of a problem upstream, particular as a MOSFET shorting would potentially cause a failure downstream (hence causing the Code 53 error).

Just adjacent to the affected area one key component might have been overlooked: the larger POSCAP located above the 4th DIMM slot. He noticed that in all the photos of affected Hero motherboards the white polarity indicator stripe on the capacitor was oriented on the left, but a press sample received by Tech Tuber JayzTwoCents and used extensively in post-launch testing had a flipped orientation.

A polymer capacitor oriented with the polarity reversed won't fail immediately; it will heat up, have a shorter life-span, and increased current leakage before failing entirely. Its failure could conceivably cause those burnt MOSFETS to fail so spectacularly, affecting power distribution to the memory controller and effectively bricking the board.

BuildZoid can't be 100% sure that this is the cause without having access to his own sample of the board and concrete information that there aren't two board revisions in the wild. Checking it would be trivial though with even a basic digital multi-meter and solid understanding on the circuitry (or better yet, a full schematic).

If the conjecture is accurate then this is an embarrassing turn of events for a company who have built a strong reputation for quality over years.

The flaw should have be picked up in manufacturing, either by the automatic pick-and-place process used to lay out components on the base PCB, or by later QA steps that compare high-resolution images of finished boards with a reference photo to identify discrepancies. Affected boards should never have made it into consumer hands.

Lacking confirmation from ASUS and a formal batch recall, the best way for owners to assess the risk to their system is by visually inspecting the motherboard. All should be good if that white bar is on the right; a white bar on the left however is cause for concern.

It should also be stressed that there is no indication of a general problem with Intel's Z690 chipset, nor ASUS ROG's wider range of Z690 motherboards.