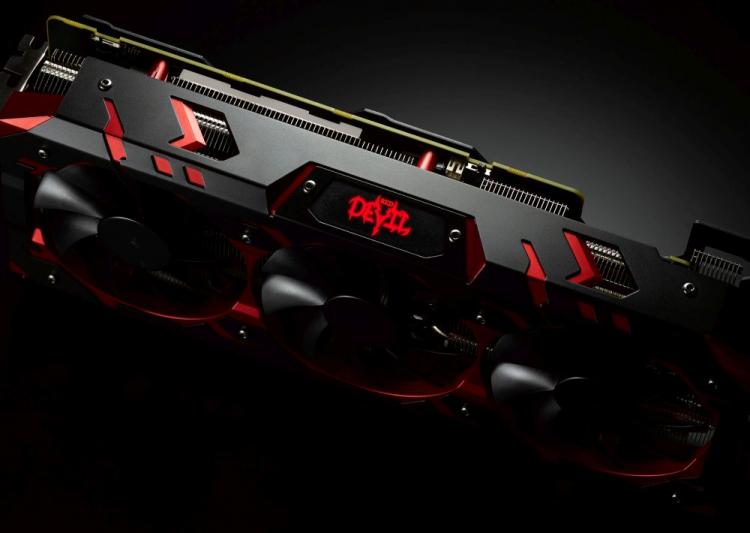 Slowly, ever so slowly, we're starting to see teases of custom AMD RX Vega 64 graphics card variants arrive more frequently. The latest comes from Powercolor, who have ever been in the vanguard AMD AIB Partners who really push the boat out when it comes to designing their own cards based around AMD GPUs.

Two images posted by Videocardz.com and Fudzilla show off the upcoming model, which bears the Red Devil logo of Powercolor's premier gaming line. Cooling the GPU and VRM components is an oversized triple-fan cooler, eschewing the reference 'blower' design for one which balances both performance and noise footprint.

A large multi-heatpipe heatsink should dissipate heat effectively thanks to all that air-flow, and although some hot air will be ejected from the rear the majority will be dumped internally. Case air flow will naturally be a consideration, as it so frequently is with high-end GPU designs. Rear surface-mounted components should be kept in check through a backplate, although the coverage that plate will give isn't clear from the images. Arrayed on the top edge of the PCB are two DIP-switches, which Fudzilla explains control LEDs and triple-BIOS selection. 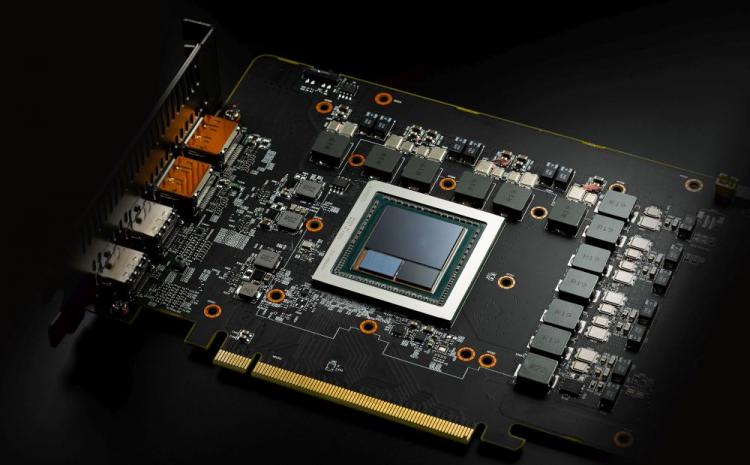 The PCB layout is remarkably uncluttered. That's an aspect of design that this card shares with many others based around AMD HBM/Interposer GPUs; stacked RAM not only significantly reduces space requirements, but also associated components and circuit tracings. A beefy power system will feed that thirsty core and memory module, whilst video-out is offered through two Displayports and two HDMI ports.

It's also worth noting that the PCB itself looks relatively tall, stretching well past the PCI-Express bracket. That, and the height of this card's cooler, could be a concern to those using particularly compact mATX or mini-ITX chassis. The fact that the cooler greatly overhangs the end of the PCB once again shows how difficult it is to really exploit the compact nature of the AMD's chip package when limiting yourself to performance air cooling.

Clock speeds, both core and memory, as well as power requirements are still to be finalised. The reference RX Vega 64 made use of two 8-pin PCI-E power connectors, so we would expect at least that requirement with this card. This model of the RX Vega 64 is anticipated to go on sale in early December, ready as a Christmas treat for a few lucky customers.