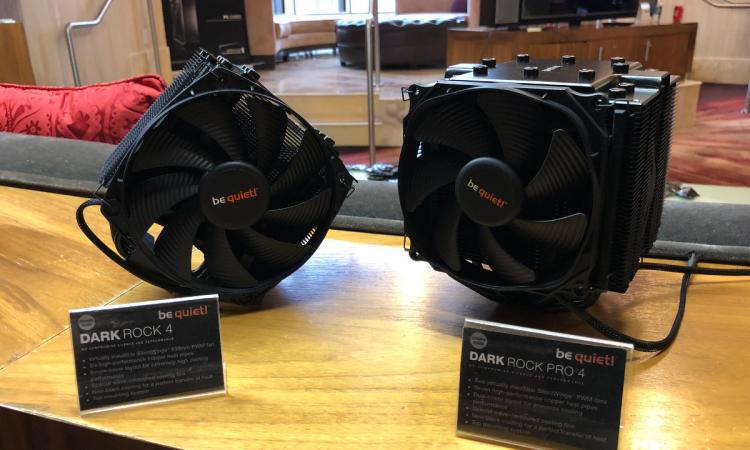 Be Quiet!'s Dark Rock range has been a strong contender for the CPU cooler crown over the past half decade or so, bringing striking looks, notable user-friendliness and excellent cooling performance to a market dominated by relatively few models in the high performance segment. Currently into its third iteration, CES 2018 is the ideal venue for the first public outing of the fourth generation ahead of a Q2 2018 release. 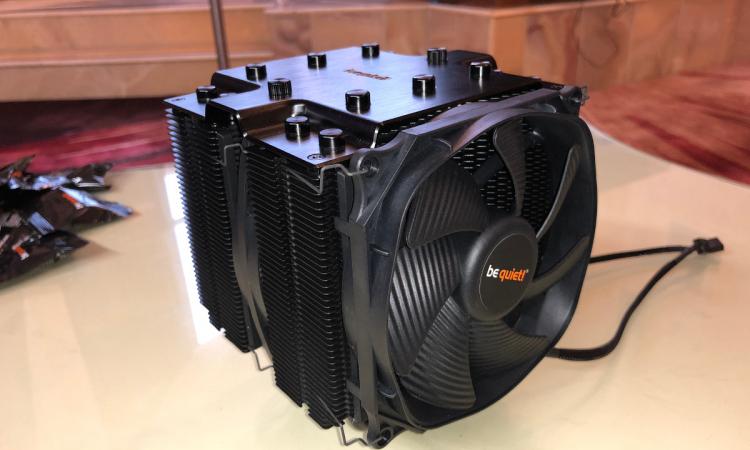 The 2018 Dark Rock series update will begin with the Dark Rock Pro 4 and Dark Rock 4, both of which are high performance CPU air coolers for overclocked systems with plenty of space around the CPU socket.

It will be no surprise that the Dark Rock Pro 4 is the successor to the Dark Rock Pro 3, a CPU cooler designed to cool heavily overclocked CPUs whilst remaining at low noise levels. In furtherance of that goal be quiet! have outfitted the latest revision with a new SilentWings 3 120mm PWM fan alongside the same SilentWings 135mm fan serving as the inner driver of air, but in many other aspects the design sees only minor changes. The fundamental layout is still that of a large dual-tower cooler with seven copper heatpipes and contoured aluminium fins, and retains the black anodised aluminium exterior that makes Dar Rock such a striking range. 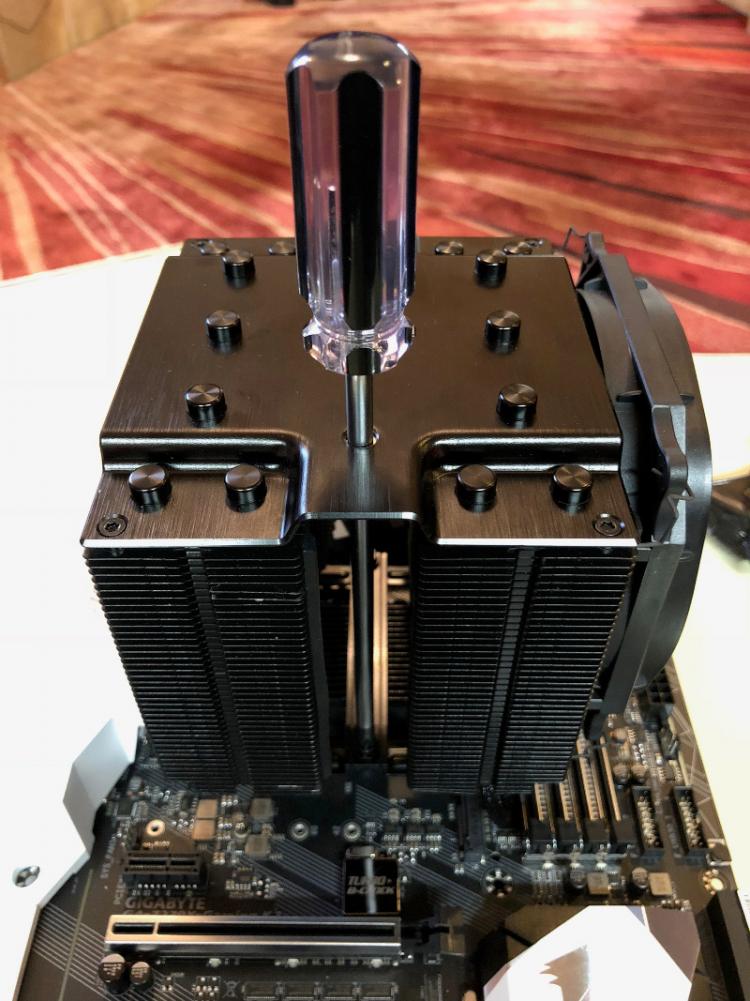 One slight tweak to the Dark Rock Pro 4 however is in the mounting mechanism. Now the top plate includes holes for long-shaft screwdrivers (one of which has been included) to make installation onto the mounting plane easier, changing the aesthetics a little when viewed from above. Additionally, the bottom fins now have a step cut out to better support taller RAM DIMMs.

The Dark Rock Pro 4 will be able to handle CPUs up to a 250W TDP, and should be compatible with all major desktop processor sockets. 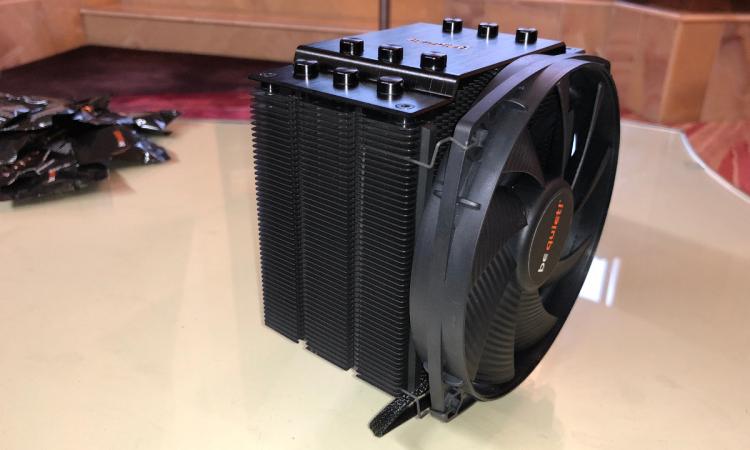 A little further down the range is the Dark Rock 4, be quiet!'s successor to the Dark Rock 3. Even compared to the Pro model an evolution from Dark Rock 3 to 4 is difficult to spot; installation has been tweaked a little to better utilise an included long screwdriver, and like the Pro model aluminium fins look to have been adjusted to incorporate microdots to for a higher overall surface area heat disappointing.

 Support for an additional 120mm fan

 Support for an additional 120mm fan