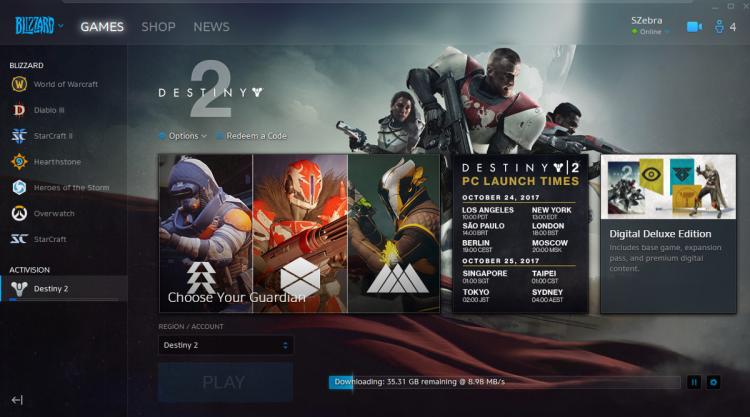 It's less than a week until the launch of Bungie's MMO-ish FPS sequel Destiny 2 on PC, and you might have been a little worried about downloading the entire game on the day of release. Well fear not - if you have pre-ordered Destiny 2 it's now possible to pre-load a significant portion of the game data via the Battle.net client. The download, which is a touch under 40GB in size, will begin automatically when logged in to the Battle.net Desktop app and pause when playing a Battle.net game.

Activision and Bungie have also announced the worldwide launch times for the game. Rather than stagger the launch the publishers have decided to go live at the same time worldwide: 18:00 UK (BST), 19:00 CEST, 13:00 EST, 10:00 PST etc on Tuesday October 24th. That's a mammoth undertaking; who knows just how stable the servers, or how long queues, will turn out to be. By preloading you have the best opportunity to play from the word go. 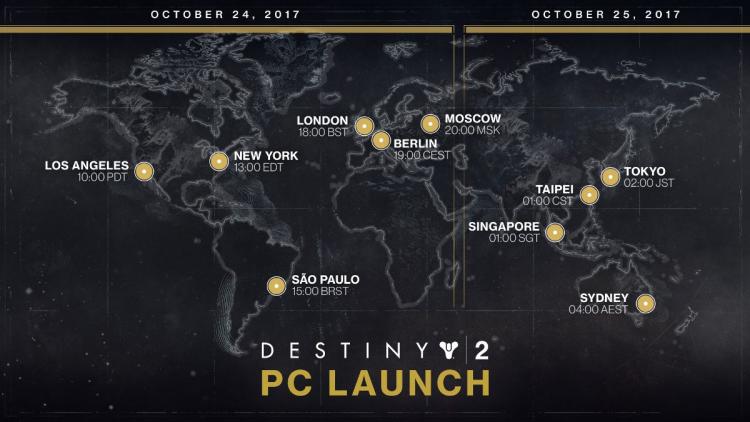 Step 1: Download and install the Blizzard Battle.net desktop app, if you haven't already, and launch it.

Step 3: Click the "Destiny 2" icon, located on the left-hand side of the Blizzard Battle.net desktop app.

Step 4: Select your region from the drop-down menu, then click Install to begin the installation process.

Step 5: On October 24, once the game is installed, click Play to begin!

Here is what you will need to run Destiny 2 on PC:

Assigned tags:
gaming
Please share your thoughts by commenting below!