We all know DirectX 12 is on its way but until now we have only been able to speculate as to what improvements (if any) it would bring over DirectX 11. Well we can wonder no more because performance slides have been revealed.

DirectX 12 will bring massive performance improvements for PC gaming by utilising multiple cores more effectively than DirectX 11 currently does. This is great news as it should mean that less powerful hardware is required to render games making great graphics available to a larger demographic. 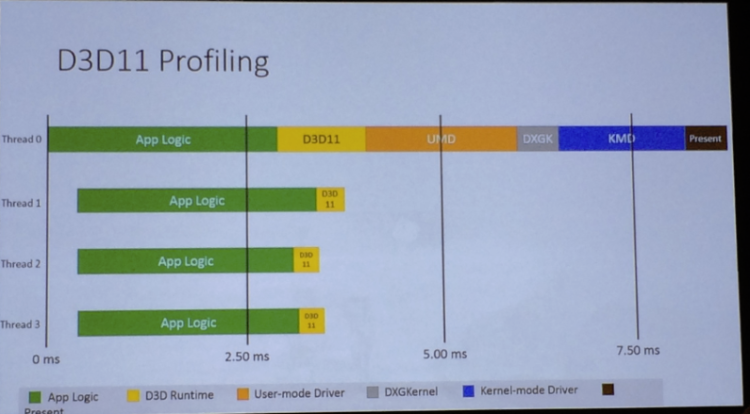 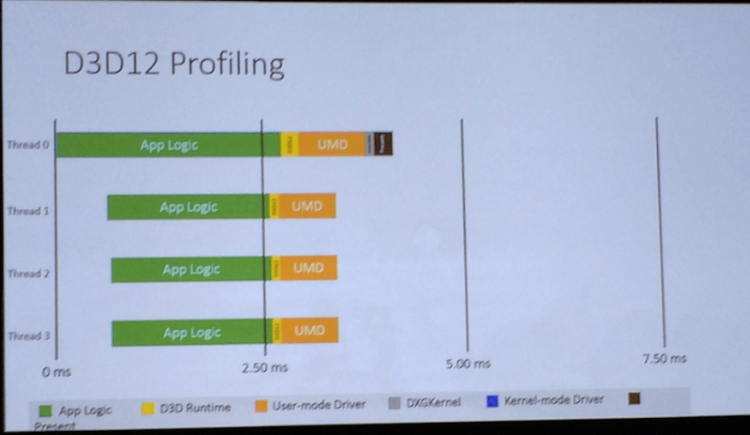 As you can see by these 2 slides the amount of load put onto the first thread using D3D11 is quite substantial when compared to the D3D12. D3D11 renders the frame in 9ms whereas D3D12 renders the same frame in just 4ms.

But who can we really thank for this? It might surprise you to read that this threading model actually resembles Mantle, the API developed by AMD. Perhaps Mantle was the kick that Microsoft needed to start putting some proper effort into PC gaming. Mantle is only availabe in a select number of games at the moment but the performance increases over DirectX 11 are undeniable. AMD are planning on releasing the Mantle SDK for free in the near future which could still put some pressure on DX12.

It's an exciting time for PC gamers no matter the outcome. We are looking forward to seeing just what DX12 is capable of and how it compares to Mantle.