Discover the World of Transistor, Free on the Epic Games Store Now

It's time to bid farewell to The Witness and welcome a great new title to Epic's bi-weekly free game promotion on the Epic Games Store. This one is a real treat, an exceptional action RPG made by the creators of Bastion and Pyre: Transistor.

Transistor marries both gorgeous visual style and compelling mystery that has you hungry for more at every turn. While the game borrows an isometric viewpoint from Bastion, it's on another level in terms of mechanical innovation, combining both real-time hack'n'slash elements with a peculiar tactical system that allows you to pause and plan out your actions in combat. Quite frankly, it's probably quite unlike anything you've tried before:

Discover the world of Transistor

From the creators of Hades and Bastion, Transistor is a sci-fi themed action RPG that invites you to wield an extraordinary weapon of unknown origin as you fight through a stunning futuristic city.

Transistor seamlessly integrates thoughtful strategic planning into a fast-paced action experience, melding responsive gameplay and rich atmospheric storytelling. During the course of the adventure, you will piece together the Transistor's mysteries as you pursue its former owners. 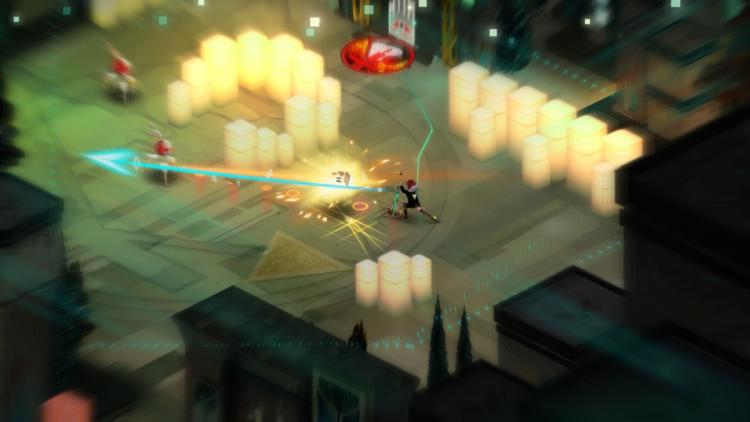 Topping it off is a haunting soundtrack that's the equal of Bastion's, itself acclaimed for its music and inspired use of in-game narrator. For the low price of free, Transistor is an absolute steal.

To take advantage of this promotion all you need is a free Epic Games Store account. The offer lasts until May 2nd, at which time Transistor will be replaced by World of Goo. Do yourself a favour and don't sleep on this one though.