Dizzy To Return To Gaming After 18 Years? 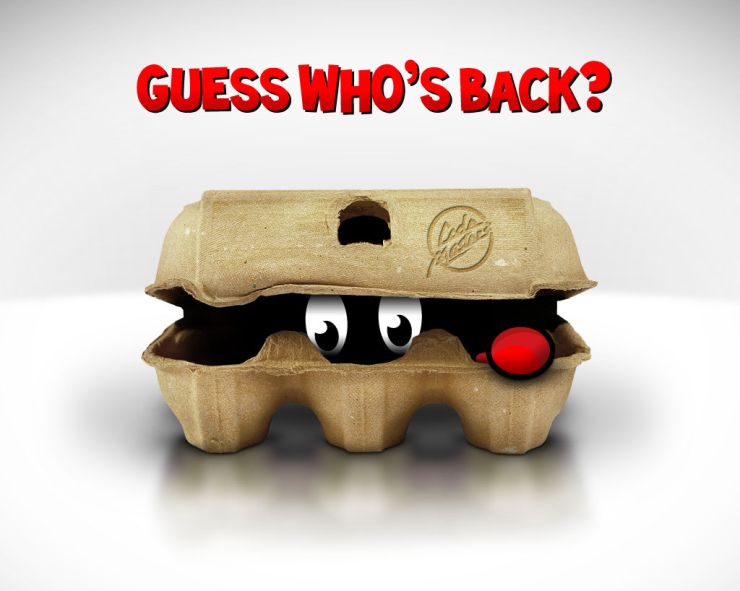 In recent years digital distribution, social and smartphone gaming have given rise to a wealth of low-budget titles on mobile and PC platforms, the sort of resurgence which many had thought was impossible since the latest console generation and supposedly dwindling PC gaming market. For anyone who grew up in the 1980's, the small games released now bear a striking similarity to the Spectrum/Commadore/Atari ST games of their youth - original games lovingly crafted with a low price-point.

It's hardly any wonder that publisher Codemasters would seek to capitalise on the nostalgia for bygone years by re-releasing their mainstay character of the late-80's - Dizzy. A feature of over a dozen games across multiple platforms and game modes, the original IP by the Oliver Twins and co-owned by Codemasters is iconic of the era before x86 PC's became a mainstream gaming platform in the UK. The upcoming announcement, teased on eggcitingnews.com likely indicates that Blitz Games Studios (developer co-founded by the Twins) and Codemasters have come to an agreement regarding a new title, or remastering and release of former classics for PC/console/smartphones.

"Eggmergence Day" is the 23rd of November according to long-serving Dizzy community Yolkfolk.com, with Twitter account @eggcitingnews also posting updates.