Does the ASUS Prime Utopia Concept Herald the End of ATX? 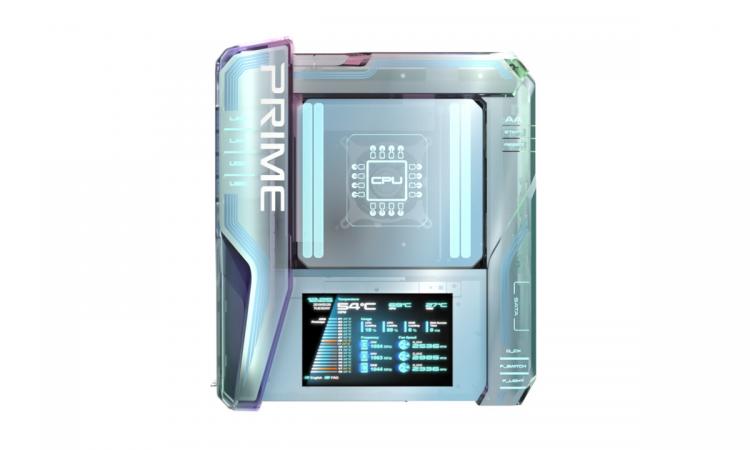 One of the key strengths of the PC platform is its modularity, idea of a core set of components and 'peripheral' expansion devices that broaden the platform's capability. Central to the concept has been a stable form factor and set of I/O interconnects to define chassis sizes and mounting points; ATX has been form factor, and PCI-Express the interconnect for at least the past 15 years. At Computex this week however ASUS has taken a fresh look at desktop PC motherboard as part of their 30 Years of Innovation celebration, both in terms of new high-end enthusiast requirements and more optimal PCI-Express component layouts. Enter: Prime Utopia. 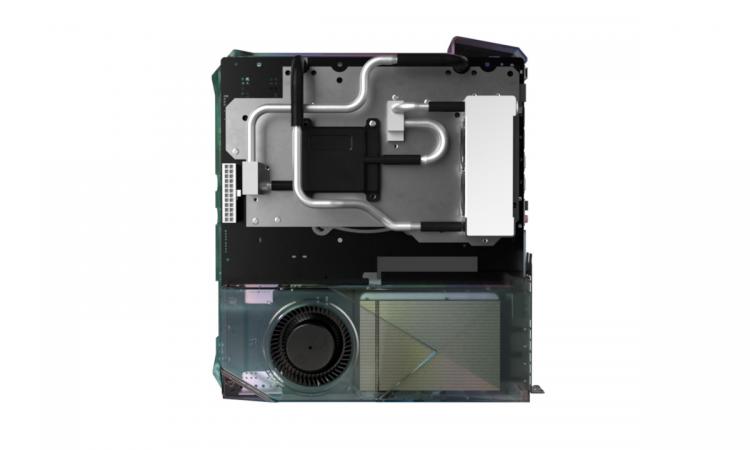 The design defies one major motherboard layout convention after another, and the most radical is the placement of PCI-Express slots at the underside. The primary goal is improve thermal management particularly for hot GPUs, but re-positioning here frees up space on the front for more expansion cards and M.2 storage drives. Furthermore, heat from next-gen CPUs, graphics cards and M.2 drives can be more optimally managed for throttle-free performance.

While optimising the positioning of hot components is one aspect, the Prime Utopia design also integrates water cooling to dispel heat generated when operating high core count processors. Helping to cool the CPU with custom water-cooling loops is a proprietary, patent-pending fan header ASUS call 'Hydra Cortex'. The Hydra Cortex header can be connected and control up to four fans individually, simplifying cable routing to water cooling radiators for a neater build overall. ASUS is currently working with partners to develop fans that are compatible with this new technology.

Re-engaging with the concept of flexibility and modularity, the Prime Utopia features modular rear I/O and a selection of modules that expand connectivity depending on the specific needs of a high-end user. Some may require a single LAN port, others two; perhaps some professionals need two full banks of USB ports, whereas many will need just a few. It's a straightforward idea, but requires a fundamentally different take on rear I/O going beyond one size fits all.

Also included is a 7-inch full-color OLED panel with touch-control, connected via cable or Wi-Fi to enable flexible placement directly on the desktop for users to modify BIOS settings, control fan speeds, turn the system on or off, or monitor real-time system stats.

Prime Utopia is not the sort of project that will come to fruition soon, or perhaps even ever. But the lessons learned in its creation could feed into high-end motherboard and component design for decades to come... if, that is, they can gain the support of industry partners and find some way to adapt the concept to mainstream equivalents that allow for a universalised approach.

There are currently 1064 user(s) online:
Google