Fans of Sword and Sorcery RPG's will be pleased to read the latest updatep from Mark Darrah, Executive Producer at BioWare, where he reveals the latest title in the Dragon Age saga - Dragon Age III: Inquisition. Incidentally, that sound you hear are the DA Lore aficionado's frantically blogging about the implications, based purely on one word.

Included in the open letter from Darrah is the note that BioWare are not using an in-house game engine for the first time in the DA saga; Inquisition moves away from the Lycium engine variants used since Origins. The developers are teaming up with DICE (another EA subsidiary) to utilise the Frostbite 2 engine seen in Battlefield 3 and upcoming in Medal Of Honour: Warfighter. Frostbite 2 is one of the best modern game engines currently still in use and is capable of stunning and immersive visuals which will serve Inquisition well, and in theory could be optimised for current or next-gen consoles was well as stretching high-end PC's heavily. 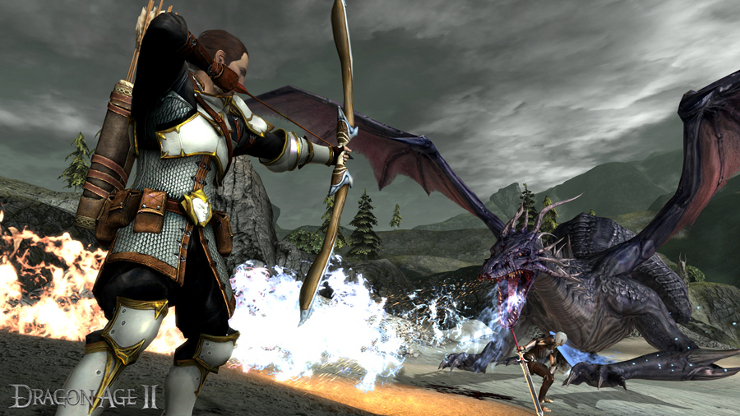 Combat, not role-playing, stood out the most in Dragon Age II

Mark Darrah is keen to push the RPG credentials os his team, noting previous work on Origins and his own enthusiasm for pen and paper RPGs. It smacks a little of pre-emptively attempting to head-off worries if a more action-oriented Dragon Age instalment, and in so doing sidestepping the RPG elements which made the original such a beloved game. If so that's likely wise; Dragon Age II certainly saw plenty of flack due to a what many say as an undue focus on combat. The slim details released so far include the intention to build in a much greater level of character and follower customisation than ever before; hopefully that will bear some fruit, RPG fans are certainly used to being let down by a failure to deliver.

Dragon Age III: Inquisition is due for release Fall 2013, though as with any game so far out this date will be pretty fluid.