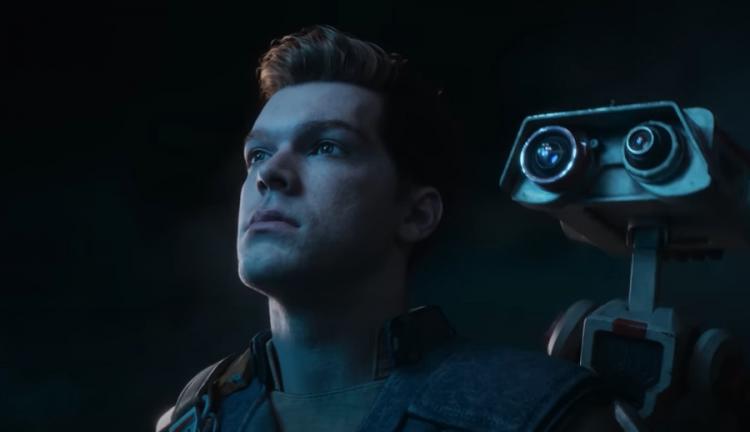 When Respawn's Star Wars Jedi: Fallen Order took the gaming world by storm as a multiplatform release in 2019 there were figurative gasps of amazement from many quarters. A single player, Jedi-focussed Star Wars game succeeding was bucking many trends, not least of which EA's own recent preference for multiplayer franchise titles laden with microtransactions. Underscoring that game's popularity is news of a direct sequel via a trailer that offers only subtle hints of the experience to come.

It Star Wars Jedi: Survivor will continue the story of protagonist Cal Kestis five years after the events Fallen Order, once again butting heads with the Inquisition as they attempt to track down eliminate any Jedi remaining after the events of Order 66. His faithful companion (and fan favourite) droid BD-1 will also be back for the sequel from the looks of the trailer.

The titular Survivor however may not be Cal himself, but rather the mysterious long-haired figure seen in a Bacta tank at the end of the trailer. A former Jedi? A clone? Perhaps someone from the far-off High Republic years? Only time will tell.

The first instalment's lightsaber-focussed combat and almost Souls-like approach to encounter design will also certainly be a central pillar of the sequel. But perhaps as compelling as the gameplay proved to be, many will pay the price of admission solely to learn more about the pre-'A New Hope' Empire Era and if Cal survives to become a Jedi Knight himself.

Unfortunately Star Wars Jedi: Survivor isn't set to be released until 2023, but if you own a Nintendo Switch you will soon be able to get an alternative fix of classic Star Wars RPG gaming. Star Wars: Knights of the Old Republic II is set to hit the console this June thanks to Aspyr, including the Restored Content Mod that brings the story to a far more satisfying conclusion than its original release.