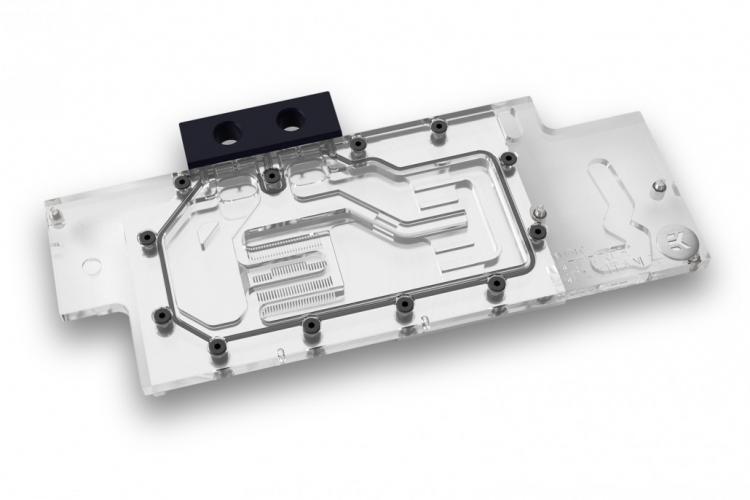 Nvidias speedy rollout of the Pascal Titan X has reignited some of the excitement over the months old architecture. Of course, no ultra high end graphics card release is complete without water cooling. Today, EK Water Blocks announced its line of full coverage water blocks for the Pascal Titan X, and they provide a stylish and effective way of keeping the top GPU on the market cool.

As full coverage blocks, the EK-FC Titan X Pascal blocks cool not just the GPU, but the RAM and VRM as well, making them a complete graphics card cooling solution and enabling owners to overclock their Titan X cards without the worry of specific components of the card overheating.

Like with similar blocks from EK, the EK-FC Titan X Pascal features a design where the water inlet aligns with the GPU, allowing for it to receive a fresh flow of water before the rest of the components on the card. However, the inlet and outlet ports on the block may be reversed with little cooling impact, EK claims.

The line of blocks comes in four variations. There are both copper and nickel plated copper base variants, each of which is available with either clear acrylic or black acetal tops. The choice between these comes mostly to aesthetics, and provides Titan X owners with different ways to customize their machines.

Adding to the customization options, there will also be compatible backplates available for the EK-FC Titan X Pascal water blocks. The backplates will come in black, nickel, blue, gold, and red.

EK has announced that the blocks will be available on 16 August and will be exclusive to the EK webshop. Currently, they are available for pre-order. The copper base models will sell for 112,15 and the nickel ones will go for 122,15. Backplates will range from 29,95 to 33,95.