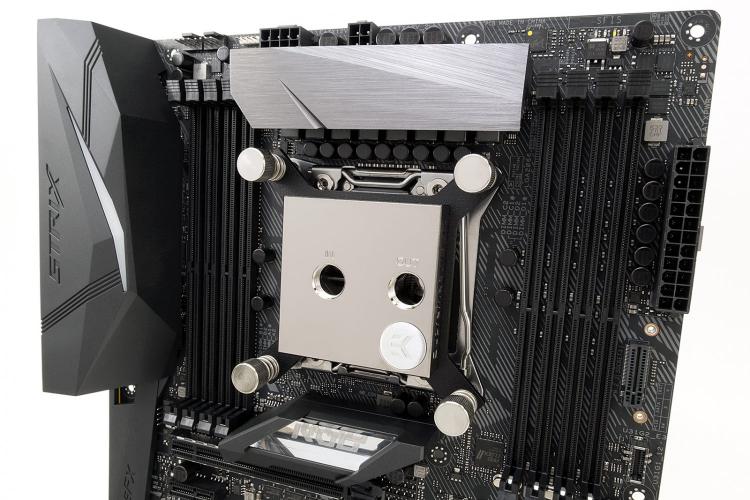 Intel's Core X CPUs for the Basin Falls X299 platform are proving to be toasty chips especially when overclocked, so its none too soon that watercooling specialists EK Waterblocks have confirmed validation of their waterblocks for the platform (something which, until now, had merely been assumed). Today they've announced that the CPU blocks across their range - sold individually and as kits - fully support LGA2066 sockets for these CPUs.

Extended support is in no small part to Intel's re-use of the many of the physical aspects of LGA2011 and LGA2011v3 in LGA2066, most especially the mounting hole patterns. In essence, this means that EK's CPU waterblocks will support all Kaby Lake-X and Skylake-X CPUs currently on the market, as well as motherboards which have been built according to the Intel LGA2066 specification, without the need for an upgrade kit.

Therefore, the following products have been listed by EK WB as fully supporting LGA2066: