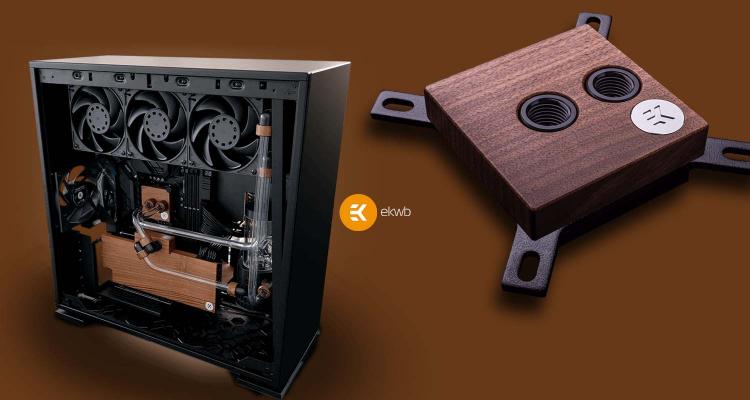 EK Water Blocks presents the EK Lignum Line of premium watercooling components that feature a combination of the award-winning EK cooling engine and woodwork. The EK Lignum Line is inspired by Edvard Königs, EKWBs founder, love for woodwork and modern computer technologies. EK Lignum offers unique aesthetics with the classic look of wood that brings a feeling of warmth and comfort, an elegant option away from RGB-lit components. The wooden components of the EK Lignum Line uses walnut (Juglans Nigra) for its naturally pleasing colours and texture. The connection between the watercooling mechanism and wood enables wood shrinking and expanding in response to the changes in humidity and temperature. EK Lignum products were engineered in a way so that the wood does not come into direct contact with water. Every block has a unique pattern of wood which was carefully chosen, handcrafted and varnished with multiple layers making the EK Lignum unique and a first in the world of modern computer cooling.

The EK Lignum Line currently comprises of three components  a CPU waterblock, GPU waterblock for reference version of the NVIDIA GeForce RTX 2080 Ti graphics card, and fitting for hard tubing. With that, using the complete EK Lignum Line is currently limited to selected graphics cards and can only use hard tubing unless the user uses other fittings. See components below for more details. 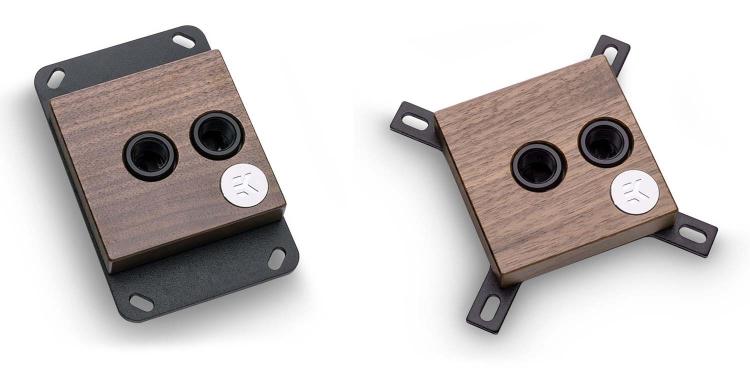 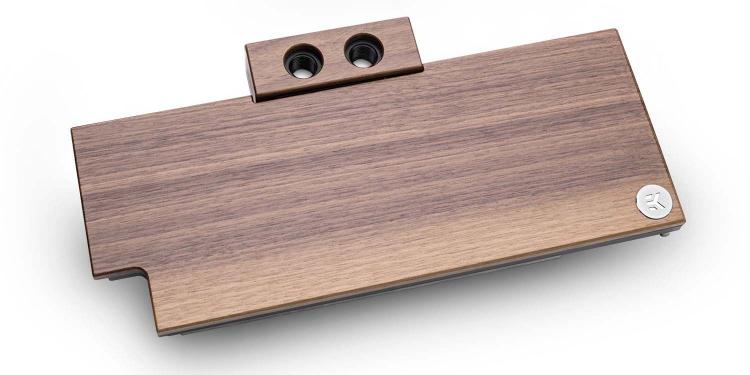 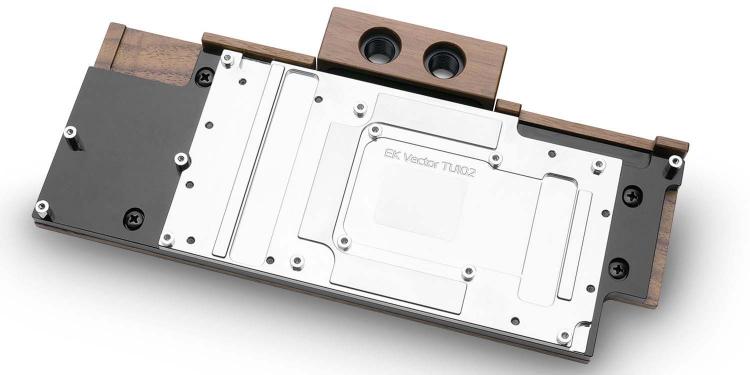 The EK-FC RTX 2080 Ti Lignum - Walnut is an aesthetic redesign of the EK-Vector RE block for NVIDIA GeForce RTX series graphics cards, based on Turing TU104 and Turing TU102 graphics processor. The top and the terminal piece are covered in walnut under which is a high-quality POM material acting as a functional top of the block. 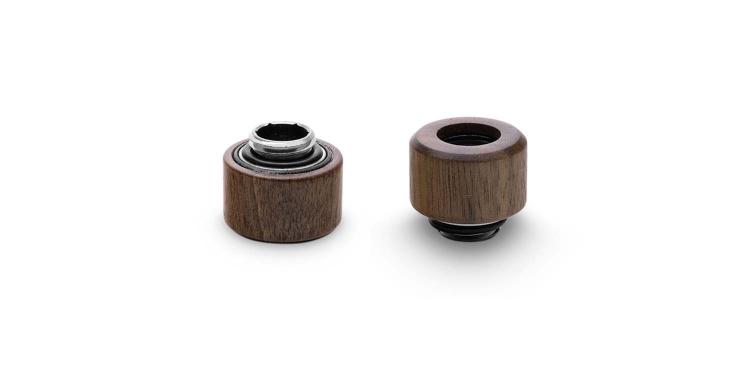 The EK-HTC Lignum 12mm - Walnut is the hard tube fitting made to perfectly blend with EK Lignum water blocks. It is made for 12mm (Outer Diameter) hard tubing.