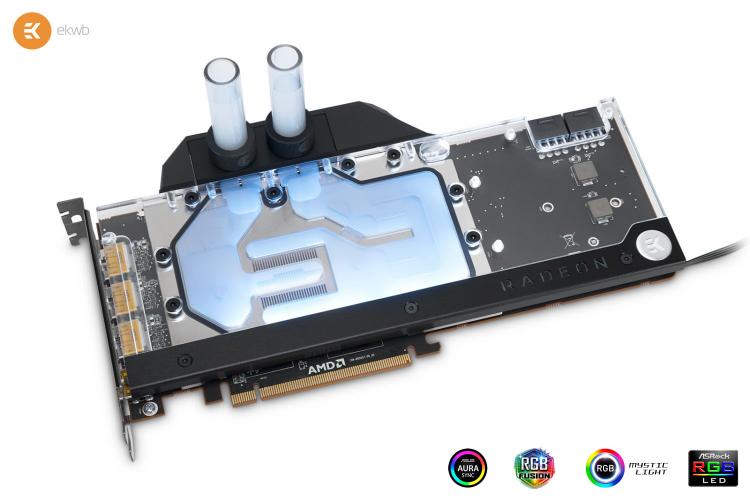 The block is made out of nickel-plated electrolytic copper with high-quality acrylic material on top. Block and acrylic top are both CNC machined, sealed with high-quality rubber O-rings. Screw-in brass standoffs are pre-installed for easy installation on a Radeon RX Vega graphics card. EKWB recommends purchasing the aesthetic retention backplate to complement the water block and to provide passive cooling to the VRM circuit on board. Hence, the water block is also fully compatible with the stock backplates that might be included with the Radeon RX Vega graphics card.

The block also features a special plastic cover over the block Terminal. This add-on is designed to reveal the Radeon logo, visible from the side. EK also encloses a single-slot I/O bracket which replaces the original two-slot in order to make installation of multiple graphics cards easier and also transforms the GPU into a gorgeous single slot solution.

Pricing and Availability
The EK-FC Radeon Vega RGB water block is now available at the EK Webshop and partner resellers worldwide with an MSRP of 129.90/$154.99. Aesthetic backplates for the Radeon RX Vega sold separately. 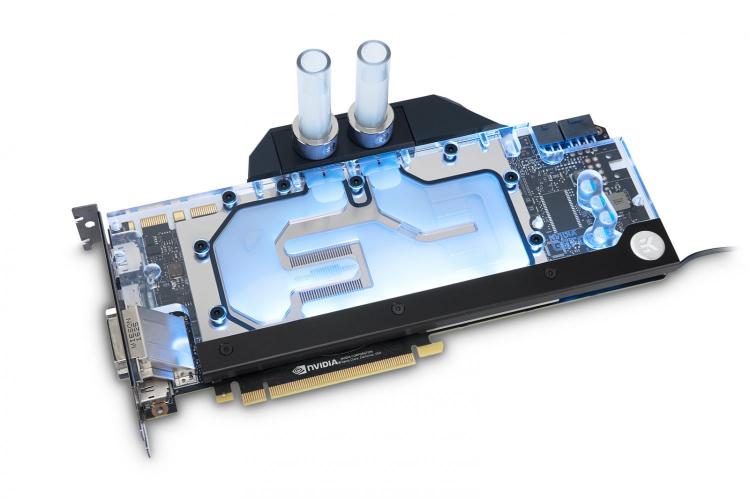