Platimax continues the row of path-breaking power supplies from Enermax. It is based on the proved, high-performance technologies of predecessor power supply series, the so-called Dynamic Hybrid Transformer (DHT) Topology and Full-Zone Magnetic Quadrant Transformer (FMQ) Design. Enermax engineers successfully improved the cooling performance by applying innovative solutions and equipped the PSU with hand-picked, premium-quality components. That way, Platimax breaks down the barriers of the highest efficiency class, 80 PLUS® Platinum. With 89 to 94 per cent efficiency between 20 and 100 per cent load, Enermax shows the way into the future of power supply. Due to its first-class components, the flexible modular or full-modular cable management and numerous connectors, the new series is designed for long-during and reliable operation. According to that, the manufacturer grants 5 years warranty on all Platimax PSU. 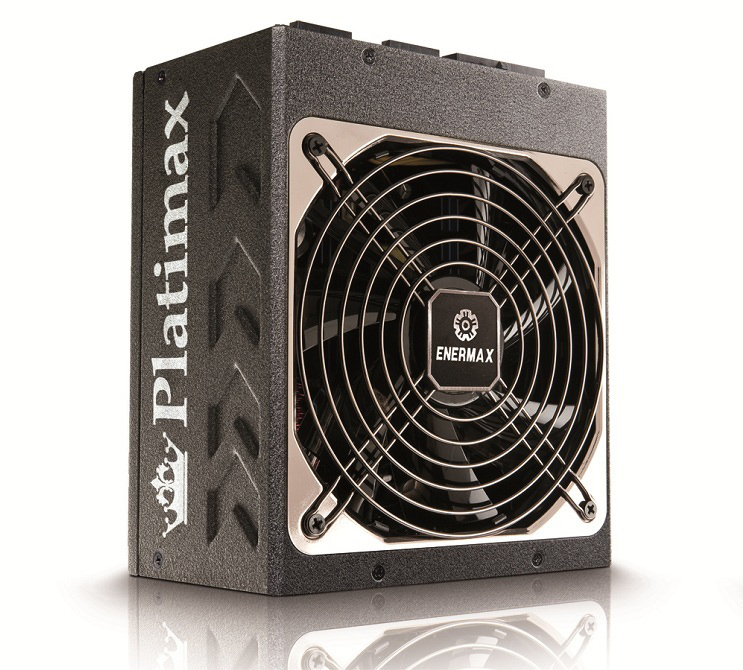 Platinum Power for Overclockers
For the first time, Enermax introduces a power supply that is dedicated to users of overclocked computer systems. In contrast to the other models of the series, the Platimax 1000W OC Edition is based on a single-rail design. According to that, the most important system components like CPU, mainboard and graphic card are supplied by a single 12V rail. It has the capability to deliver up to 83A (996W), so more than enough power to ensure a stable operation of overclocked CPU and graphic cards.

The New Royal Class
Even now, Platimax has gained the most important awards of leading hardware magazines around the globe and has established as a new reference in PSU market. The experts' tests prove that Enermax has made again a big breakthrough:

Availability and Prices
The complete series with seven models from 500 to 1500W is now available: