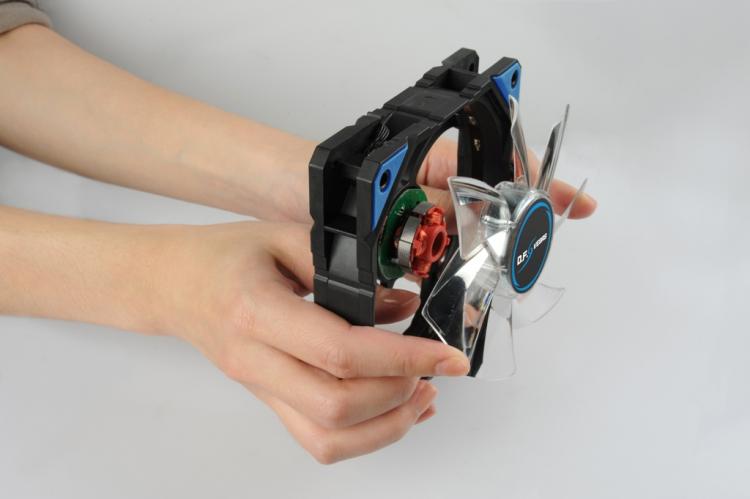 Enermax launches the two fan models under the Dust Free fan series, the D.F. VEGAS Series fans with self-cleaning function. The two new fan models are the D.F. VEGAS and D.F. VEGAS DUO. The D.F. VEGAS fan comes in with a single LED color which is blue. VEGAS DUO on the other hand has two LED colors, red and green. Watch the short product preview video below.

Enermax's own innovative technology, the Dust Free Rotation (DFR) technology, makes the DF series fan clean itself at the start of the operation. The DFR technology runs the fan at the highest RPM during start up for ten seconds to remove any dust build-up on the fan blades as well as push dust off the fan frame. The fan would then operate normally after the 10-second self-cleaning routine. This aims to clean radiators and aircoolers by minimizing the dust build-up without manually cleaning them.

This is also another of Enermax's own innovative technology. The Adjust Peak Speed (APS) Design allows the user to limit or widen the performance of the fan through the RPM range depending on the system requirements and configuration. Both the D.F. VEGAS and D.F. VEGAS DUO fans have the APS design technology.
An APS PWN control switch can be found on one side of the fan's frame with three variable cooling options. The three performance options are Ultra Silent Mode, Silent Mode and Performance Mode which are controlled via PWM. With the three performance options, the D.F. Series fans have greater flexibility with regards to usage wherein user can address performance and noise levels by simply changing performance modes.

The two new D.F. Fan series models will be available this September. 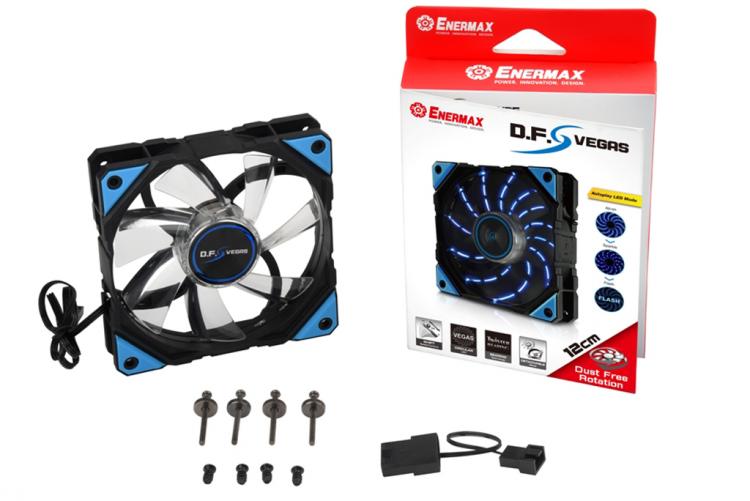