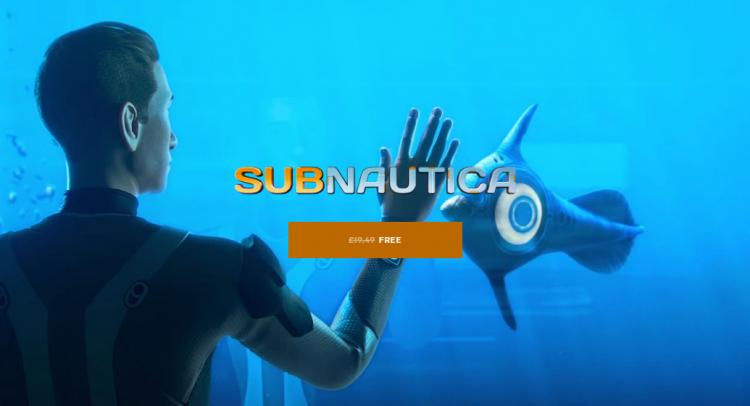 Epic Games are keen to have as many signed up to their new digital store as possible, even if you're not quite ready to part with your pennies for a brand new game. As something of a loss-leader, Steam's wannabe competitor is offering full copies of Subnautica on PC for free to everyone, no purchase required.

Subnautica by Unseen Worlds Entertainment is an adventure game with a strong focus on exploration and survival. As you might have guess, the majority of the game takes place under the waves (of an alien planet), and incorporates three different difficulty modes including a 'one life' Hardcore option.

Subnautica is free until December 27th, after which a new game - Super Meat Boy - will replace it as the Epic Games Store free title and the former will return to its £19.99 price point. A new free game every fortnight is Epic's ambition, and undoubtedly many gamers will eagerly hoover up whatever they plan to share.