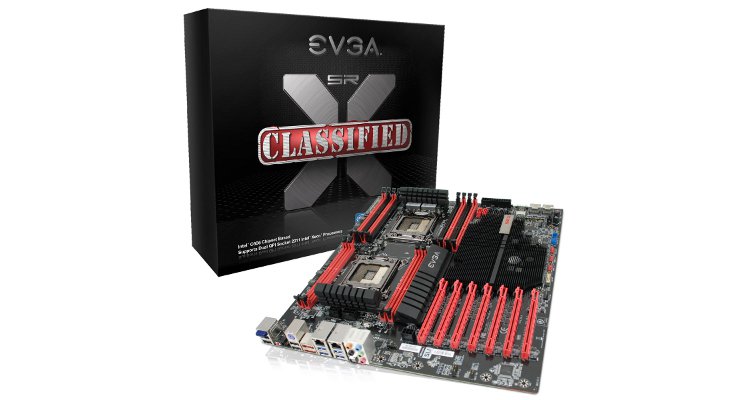 We've been talking about it since the first few X79 leaks last year and at last EVGA have finalised and published the specs of the successor to the SR-2, the Classified SR-X. Based on the Intel C606 chipset and utilising up-to two dual QPI Socket 2011 Intel Xeon E5 Processors rather than the standard Sandy Bridge-E, the SR-X appears to be the final word on extreme custom builds in the LGA2011 package. 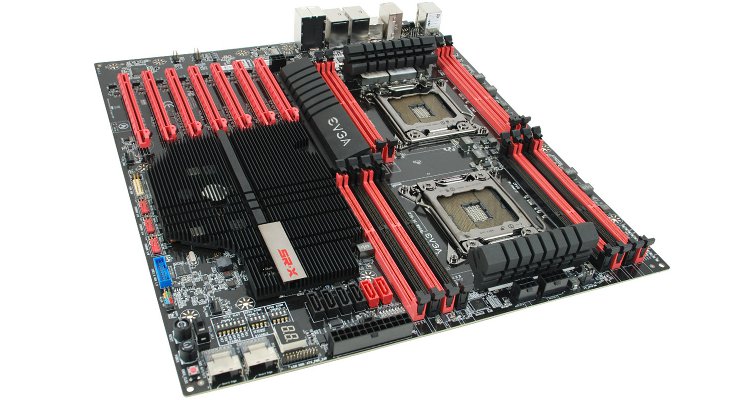 The features of the Classified SR-X read like a laundry list of platform wish-fulfillment. Quad-channel DDR3 is standard, naturally, supporting a maximum of 96GB 1600MHz+ DDR3 DIMMS via 12 slots. Up to four graphics cards running in SLI or Crossfire are supported in 16x 16x 8x 8x PCIE 3.0. The board also has ample storage in the form of four SATA II, four SATA III (2 via eSATA) and two Mini-SAS ports, with SATA II controller supporting multiple raid configurations up-to Raid 10.

The I/O is well taken care of too: as many as six USB 3.0 ports, 10 USB 2.0, a Firewire header and dual Gigabit Ethernet present ample connectivity options. Needful of the specialised requirements of some end-users, EVGA also provide 8-Channel Audio and a PS2 combo port to be as comprehensive as possible. 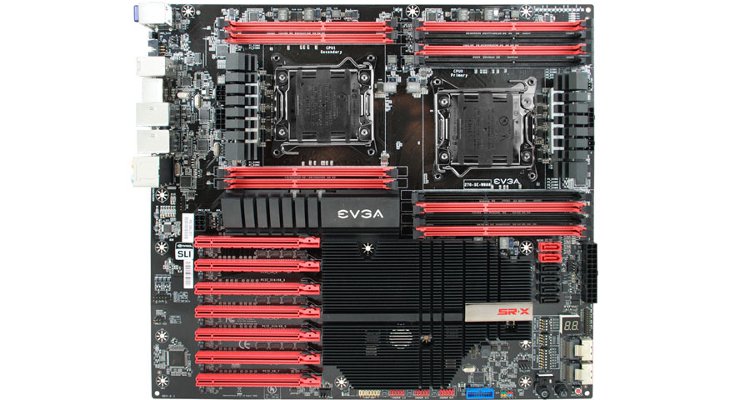 The full specification list and further images are available here.

Purely to fit all this technology EVGA has had to break out an extreme form factor. Like the SR-2, the SR-X will only fit in a case which supports the HPTX form factor such as the Rosewill Blackhawk Ultra or Xigamtek Elysium; EVGA have published a confirmed list of supported chassis here. This form factor is significantly longer and wider than EATX and XL-ATX so be sure your chosen case can support it. 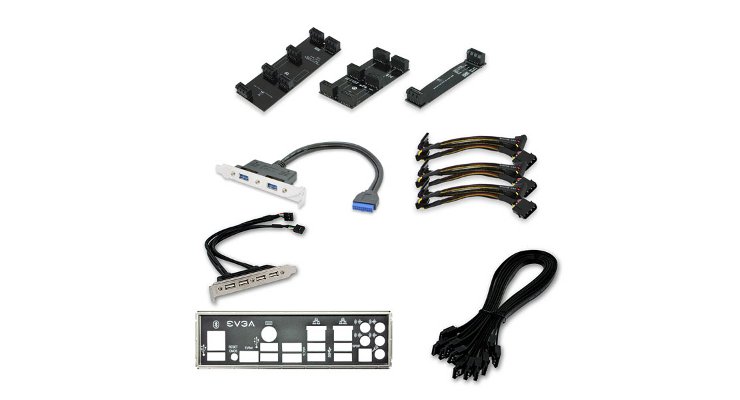 The EVGA SR-X will not come cheap; the motherboard is currently listed as $648.99 MSRP and may well be over £550 when it finally reaches UK shores. We hope to be able to update you with the street date as soon as we hear one.