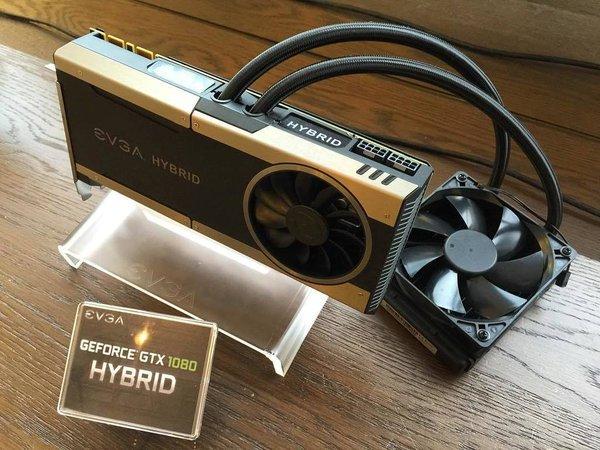 Many of EVGAs competitors like Gigabyte and MSI have officially announced or released hybrid versions of the popular GTX 1080 and GTX 1070 cards, but EVGA has yet to officially announce the release of one. At the beginning of June, EVGA did tease images of a hybrid solution along with its Classified version of the card; however, no release date or official model was set at that time.

Now, it appears as if EVGA has opted for an upgrade solution to hybrid cooling. Earlier, in a thread regarding the availability of a hybrid cooling model of the GTX 1080 on the EVGA forums, an EVGA representative responded that, The first thing that will be available will be the upgrade kits for any reference style 1080/1070, including ACX. Plan to start offering next week hopefully :).

If this is the case, EVGA has chosen a different strategy that may equate to more sales opportunities. Since these upgrade kits are being targeted at reference designs, theres a strong likelihood that they will be compatible with EVGAs competitors offerings, putting EVGA into the aftermarket space usually occupied by the likes of Corsair and NZXT.

Since the EVGA rep. refers to these upgrade kits as, The first thing, it is still highly likely that EVGA is also working on an edition of the GTX 1080, and possibly the GTX 1070, that ships with a hybrid cooling solution.

Of course, this is only a forum response, and there hasnt been an official press release issued by EVGA yet. Since, the release goal of these hybrid solutions is next week, a more detailed statement from EVGA should be available soon.