We saw a glimpse of an unnamed dual-GPU card from EVGA at CES 2011. It was quite widely assumed that it may be the upcoming GeForce GTX 590, but it wasn't. Instead, today, EVGA have finally released some information on the card we saw and it's still a dual-GPU Nvidia card, but it's using two GF104 GPU cores (those found in the GTX 460). Let's take a look at some vital statistics:

EVGA have released some images and benchmarks of the card, showing it to beat a GTX 580. It supports up to 4 monitors and 3D Surround. Have a gander below and see what you think! There is no price or release date currently released, but it sure will make a splash when it eventually lands. Be sure to share your comments in the forums. 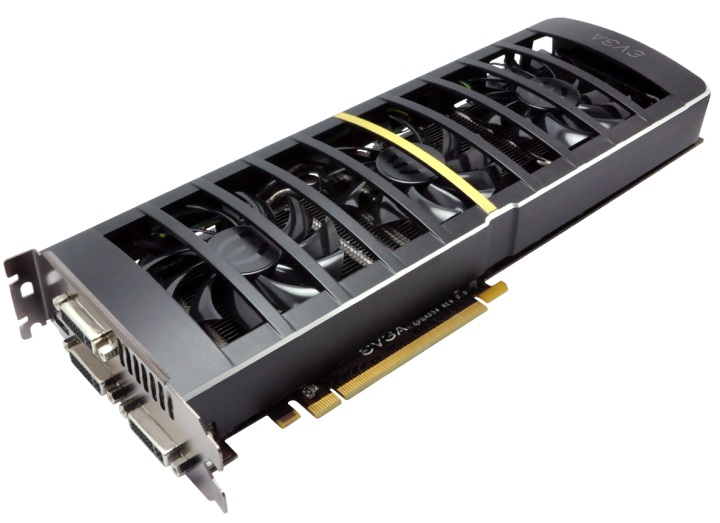 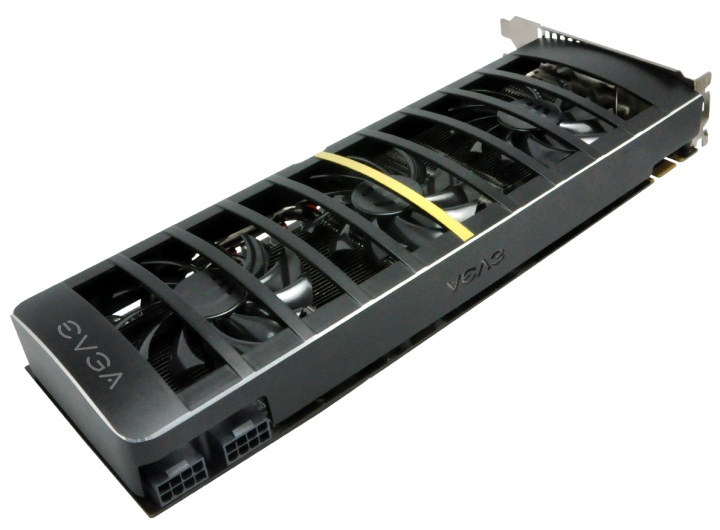 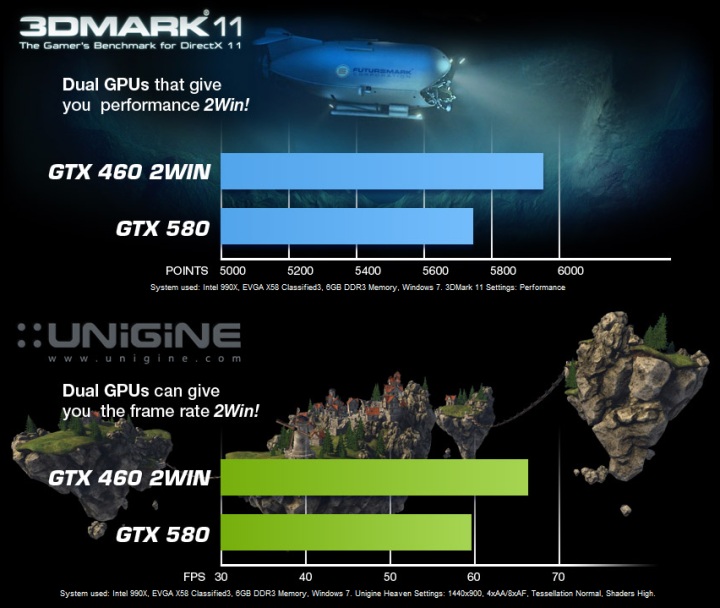 For more information on this beast of a card, visit EVGA's website.