NVIDIA's GeForce RTX GPUs haven't even been released, yet partner AIC manufacturers are already taking the wraps off their own versions with non-reference cooling design. Revealed late last week are some of the more adventurous models, boasting out-the-box support for water-cooling. The manufacturer? EVGA.

Unveiled on Twitter by EVGA representative @EVGA_Jacob and @ghost_motley are GeForce RTX Hydro Copper and Hybrid graphics cards. EVGA are one of the few AIC partners to offer graphics cards with water cooling support out of the box, and will be continuing that tradition with NVIDIA's latest and greatest. Revealed alongside a more conventional blower cooler design, they'll likely form the cornerstone of EVGA's premium GPU lineup going into the autumn. Of course additional dual- and triple-fan models have already been unveiled.

First up however is the RTX 2080 Ti with blower cooler. Aesthetically it harks back to reference GeForce graphics cards of previous generations, should be an entry-level SKU (as much as a $1000 GPU could ever to considered entry-level), and are likely to be echoed by a similar version for the RTX 2080. 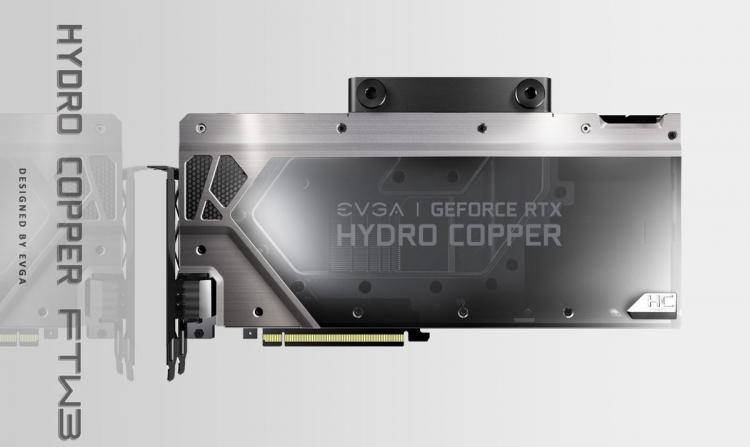 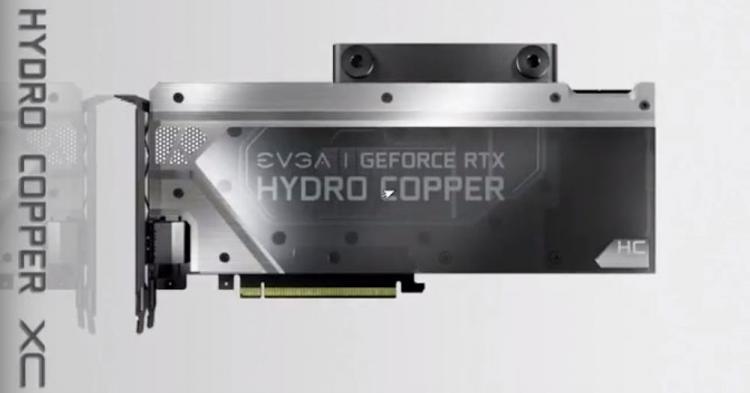 Next are the GeForce RTX Hydro Copper FTW3 and XC SKUs. Both have EVGA's pre-installed copper waterblock, though the PCB dimensions are not identical. According to EVGA's air-cooled RTX specification sheet their FTW3 SKU sits at the top of the range, followed by XC models with slightly less extreme power delivery system. These will almost certainly be available with the RTX 2080 Ti, and probably the RTX 2080.

Finally there are the RTX Hybrid FTW3 and XC models. EVGA's hybrid cooling incorporates a blower cooler design combined with a Asetek Gen6 pump for substantially better cooling potential in the same package. These models are hooked up to a 120mm radiator which can be mounted in the rear case exhaust position, and probably follow the same specification delineation as the rest of the series with respect to the FTW3 and XC suffix.

The actual launch date for these models isn't clear, but the compressed launch timeline for reference and partner designs indicate that they will be available either at the GeForce RTX series' launch or very soon after.