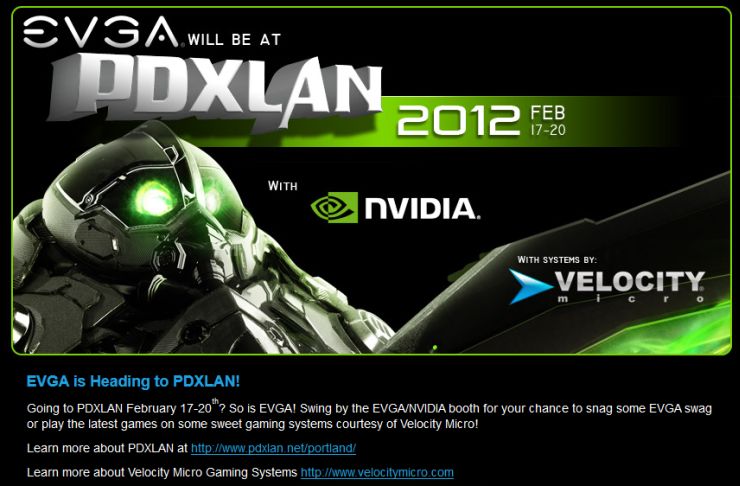 Eagle-eyed spotters on VR-Zone have noted that EVGA and Gearbox are teaming up to demo an unreleased game at PDXLAN, an event being held in Portland, Oregon this weekend. The word is that this demo will take place on as-yet unreleased NVIDIA Kepler hardware, likely a GK104 given the rumoured release schedules, and specifically showcase the PhysX capabilities of the game.

Apparently more detailed information such as hardware specs and performance levels will not be discussed, with the manufacturer preferring to release that information closer to the release date. However, as ever with these events, it would be unsurprising to hear of a number of off-the-record conversations taking place to tease us with a little more information and combating any new release hype from AMD's 7000-series line.