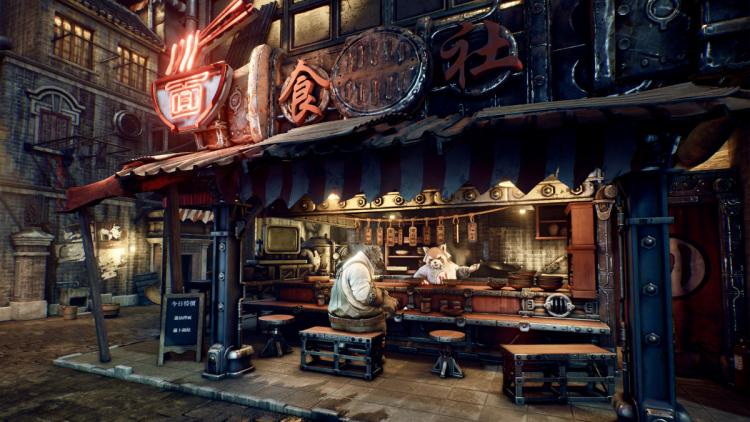 October 2021 will be a busy month in gaming on the PC, but it's starting off on modest terms with a new release from TiGames ported from Sony's Playstation platform. The rather awkwardly titled F.I.S.T.: Forged in Shadow Torch is a 2D platformer in the Metroidvania subgenre that's been augmented with high fidelity visuals, giving it a sheen not often associated with lower budget games developed by a studio outside of the major publisher tents. And these visuals include both DXR ray-traced lighting and NVIDIA DLSS, so it's immediately a game to sit up and take notice of.

F.I.S.T. places a huge emphasis on ray-tracing, much more so than you might expect at first glance. It incorporates ray traced reflections, global illumination and caustics in a way that significantly raises the bar for the genre, but with implicit performance consequences even on the best pixel-pushing hardware.

Despite its humble roots, F.I.S.T. is a very demanding title when all dials are turned up to 11. PC-specific adaptations do allow for native 4K output resolutions, but with ray-tracing enabled and quality settings set to maximum the best results will be unlocked by enabling DLSS upscaling. In Performance mode DLSS will boost frame rates by between 3x and 4x, i.e. up to a playable 45fps average with an RTX 3060 or a respectable 63fps with the RTX 3060 Ti, with optimum results achieved by systems kitted out with more performant hardware. 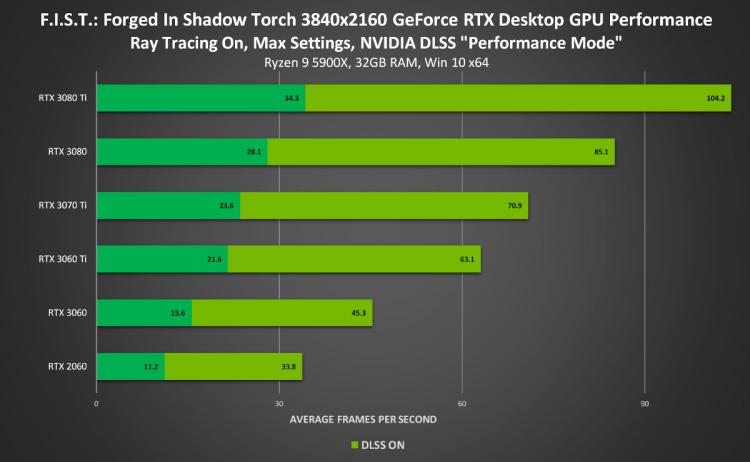 RTX 30-Series gaming laptop owners should also be cautious with their settings, but not overly conservative. By leveraging DLSS NVIDIA believe that frame rates in excess of 60fps will be achievable at 1080p on laptops equipped with any RTX 30-series GPU, even the RTX 3050. 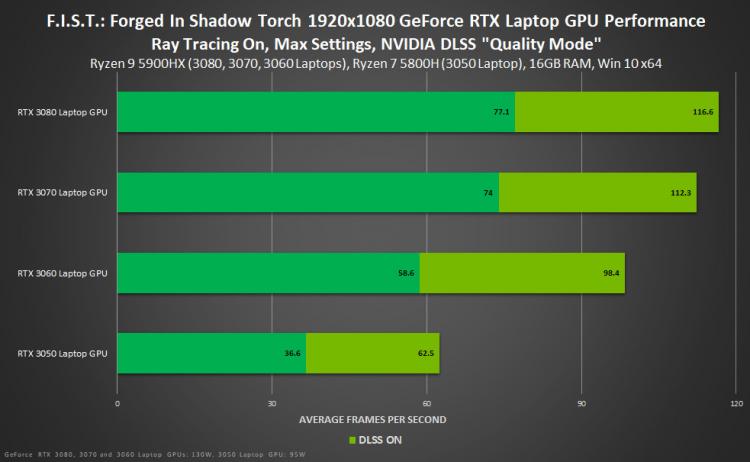 Finally, in common with some competitive titles, F.I.S.T. is equipped to support NVIDIA Reflex technology. Reflex reduces the 'click-to-screen' latency of your system in a manner that's particularly helpful when gaming at higher than 144Hz, and is generally perceived as being of particular value to competitive gamers. Its inclusion in a Metroidvania platformer is curious to say the least, but NVIDIA do boast that latency is reduced by as much as 45%.

F.I.S.T.: Forged in Shadow Torch is currently available on Steam for £22.49. If you're interested but not yet sold then be sure to try the demo, downloadable on the game's product page.