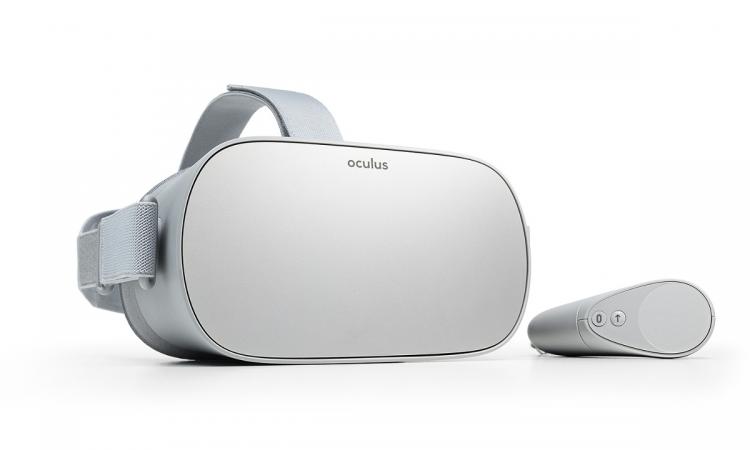 The Oculus Connect event, a gathering of developers and stakeholders in Facebook's VR platform, has begun with a keynote from Mark Zuckerberg and other Oculus luminaries.

Perhaps the most significant announcement made thus far has been the introduction of the Oculus Go. Building on the success of Gear VR, the Oculus Go is a new standalone VR platform that doesn't need to be tethered to a PC or smartphone to operate. It's affordable too, as VR goes - just $199 excl. taxes (approx £150 in the UK based on current exchange rates) means that good quality VR experiences will soon be possible at less demanding prices.

Software is always a critical component and Oculus are quite realistic with their plans. The development platform is similar to that of the Gear VR, to the extent that certain apps will be forwards-compatible with the Go and current development projects should be easily adaptable to the new device. It will also support Unity and Unreal Engine, so we might even see some pretty compelling games and interactive experiences on the new device.

Oculus Go is scheduled for 2018, with Dev kits shipping in November of this year. 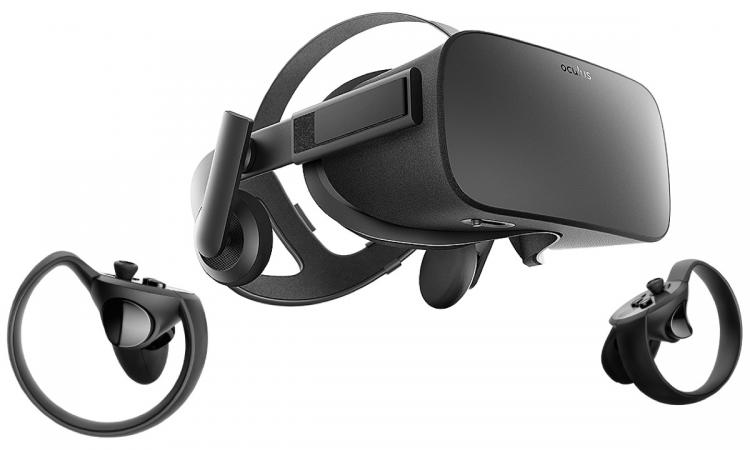 The Summer of Rift promotion, which began in July, saw a drastic price reduction in the Oculus Rift Touch bundle to $399. Significantly undercutting the HTC Vive, Rift's main competitor in the premium VR market, Facebook have stated that this has proved to be a tremendous success in terms of new consumers entering the ecosystem. Today Facebook announced that $399 will be the permanent MSRP of the Rift + Touch bundle going forward, substancially reducing the long-term barrier to entry just a GPU have started to go in the opposite direction.

In the UK you can probably expect £399 to be the long-term price of the Oculus Rift from retailers, judging by summer promotion pricing.

Standalone Premium VR has long been on the wish-list of Oculus as they waited for computing hardware to catch up to the possibilities to the platform. With Project Santa Cruz Oculus have created their first all in one prototype requiring no PC tethering, nor wireless sensor base stations to operate. 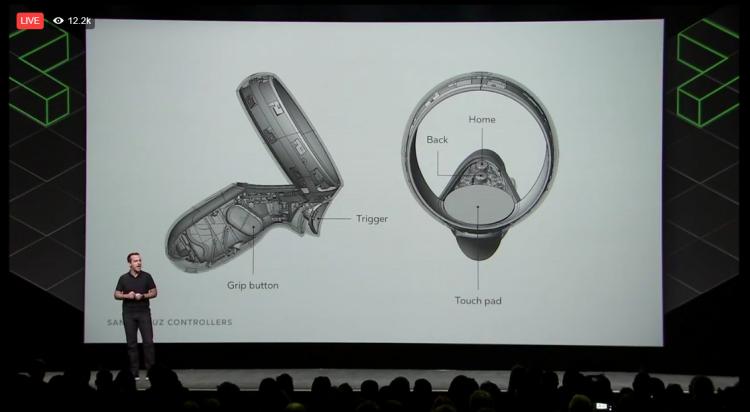 Hardware specifications for Santa Cruz are thin on the ground, but Fscebook did reveal that new sensor and motion controller designs were integral to the project. The controller re-uses a band of pin-point IR LEDs, which the HMD features four wide-angle sensors for an extremely high FOV that can detect the controller LEDs in front, above and behind you.

Despite how good the prototype looked it is probably some way from production. Furthermore the fact that it will probably need to integrate a full x86 PC into the HMD will mean that it won't be a cheap product by any means. Expect more information as we head into 2018.