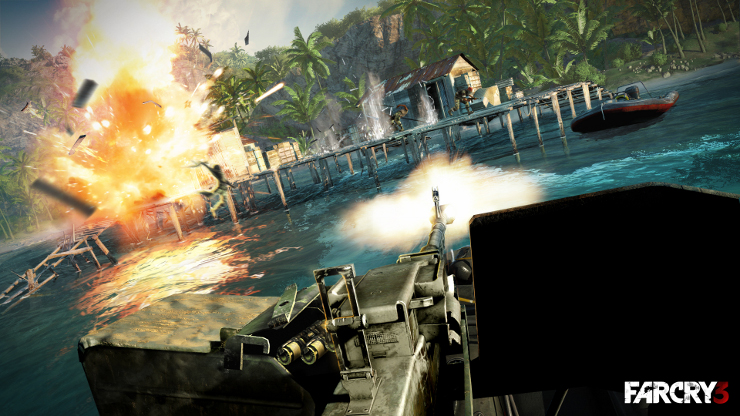 In news coming out of their official Gaming Blog, AMD have announced that upcoming FPS Far Cry 3 is an AMD Gaming Evolved development partner. Ubisoft's PC release will benefit from greater interaction between game developers and AMD's engineers, aiding optimisation of both the game engine to hardware and the gradual improvement of drivers. The knock-on benefits for the user are often significant, both in reducing game launch teething problems and in some cases seeing AMD and AIBs bundle Triple-A releases with new hardware.

As AMD's GCN graphics architecture and driver support matures, the importance of industry links to games developers can hardly be underestimated. Developer feedback is usually extremely highly valuable, and information flow in the opposite direction will aid in optimising for Graphics Core Next and eventually the second generation of GCN (i.e. the 8000-series).

Other titles released with the help of AMD's cooperative programme are Deus Ex: Human Revolution - one of the first AAA titles to enable AMD HD3D - DiRT: Showdown and Square Enix's Sleeping Dogs. Thanks to AMD support, Sleeping Dogs saw significant performance metrics for the AMD 7000-series versus competing hardware at launch.

Far Cry 3 is due for multi-platform release on 29th November 2012. For more information on the title visit the official site.