It's the Game Developers Conference in San Fransisco all this week. No doubt DirectX 12 will fill the news channels with features, debated hardware compliance and 'in the lab' benchmarks. But before that spare a thought for Mantle, this generations original 'close to metal' API, which appears to have effectively been sent its marching orders by a no longer quite so enthusiastic AMD.

Speaking on the AMD Gaming Blog Robert Hallock, Head of Global Technical Marketing, outlined Mantle's rather mixed future ahead of major announcement to be made on the 5th. Even as he talked up the impact the 'close to metal' API has had - including ten premium applications and five game engines - he put out a warning that AMD's focus would be shifting to DirectX 12 and the next generation of OpenGL, much as the focus for games developers is shifting to these technologies.

Proud moments also call for reflection, and today we are especially thoughtful about Mantles future. In the approaching era of DirectX® 12 and the Next-Generation OpenGL Initiative, AMD is helping to develop two incredibly powerful APIs that leverage many capabilities of the award-winning Graphics Core Next (GCN) Architecture.

AMDs game development partners have similarly started to shift their focus, so it follows that 2015 will be a transitional year for Mantle. 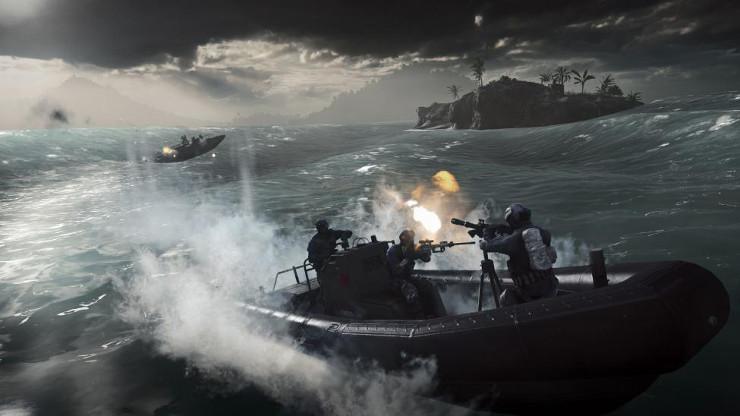 Battlefield 4 was one of the first Mantle-enabled games.

AMD are right to feel proud. There was barely a hint of major Mantle-like improvements in DirectX or OpenGL at the time Mantle was released, and you'd be forgiven for thinking that AMD really lit a fire under a disinterested Microsoft. Hallock then went on to outline what AMD has planned for Mantle:

- AMD will continue to support our trusted partners that have committed to Mantle in future projects, like Battlefield Hardline, with all the resources at our disposal.

- Mantles definition of open must widen. It already has, in fact. This vital effort has replaced our intention to release a public Mantle SDK, and you will learn the facts on Thursday, March 5 at GDC 2015.

- Mantle must take on new capabilities and evolve beyond mastery of the draw call. It will continue to serve AMD as a graphics innovation platform available to select partners with custom needs.

- The Mantle SDK also remains available to partners who register in this co-development and evaluation program. However, if you are a developer interested in Mantle "1.0" functionality, we suggest that you focus your attention on DirectX® 12 or GLnext.

Both DirectX 12 and GLnext incorporate many of the improvements AMD demonstrated through Mantle, making their hardware-restricted API somewhat obsolete. Supporting it via an open SDK would therefore not be worth the resources, especially if major new features were in the pipeline for a "Mantle 2.0". Fundamentally though, Mantle appears to have had its brief moment in the limelight, now it's time for new technologies to take over.

Despite our somewhat melodramatic headline however it's possible this isn't the last we've seen of AMD's API. It could still have a home on consoles (which are all powered by AMD), or evolve into a counterpart to Nvidia's GAMEWORKS API suite (whilst remaining broadly closed). Hopefully we'll find out more later this week.