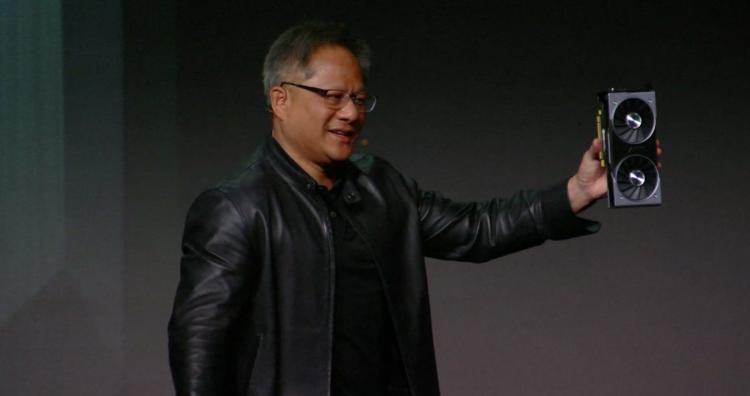 This evening NVIDIA CEO Jensen Huang took to the stage in Las Vegas and gave his now customary pre-CES presentation covering all things GPU. In recent years the focus has, quite naturally, been on deep learning, AI and autonomous vehicles; this year however gaming was the centrepiece.

Naturally, NVIDIA RTX technology infused the entirety of Jensen's presentation, retracing the ground previously addressed at Gamescom and more recently Siggraph. Nonetheless, those who tuned in were rewarded with the formal announcement of a brand new graphics card: the GeForce RTX 2060.

Speculation has been rife regarding this new GPU, including leaks of partner card designs, benchmarks and specifications. Although not every crucial point of information was confirmed - technical specifications will likely follow through publication on GeForce.com and via press release - the two that are of most immediate importance were.

Dozens of partner variants will be launching at the same time, saturating the market with the most affordable GeForce RTX-equipped graphics card. For context, the pricing is roughly equivalent to an entry-level GTX 1070 Ti, and there's a reason for that. 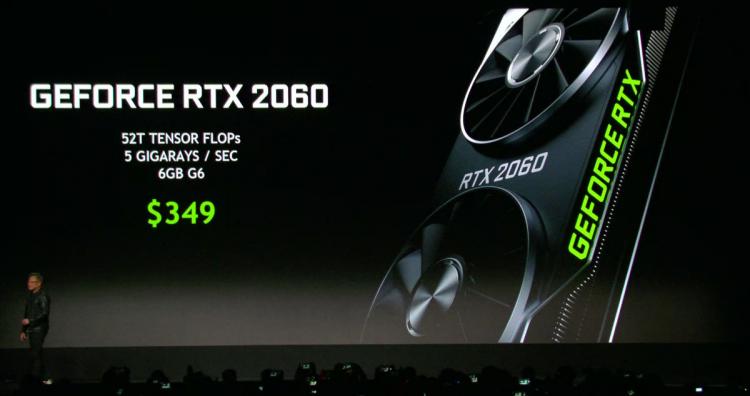 During the presentation, Jensen stated that performance is on par with or better than the GTX 1070 Ti, itself the current NVIDIA card of choice for 1440p gaming. This - 1440p gaming at 60fps - is what he believes to be the current sweet-spot for consumer rather than enthusiast gaming, and it's this criteria that the RTX 2060 should be able to fulfil.

The card was shown demoing Battlefield 5 at 1440p with RTX features on, although the DXR level (Low, Medium or High) wasn't stated. It is also noteworthy that the 'RT Droop' (our new highly technical term for the performance cost of ray-tracing before other RTX features are enabled) dropped average frames rates to the low 30's, which were only alleviated by the use of other NVIDIA RTX features. This may include DLSS (a feature that BF5 will implement soon) outputting 1440p frames upscaled from a lower resolution, but reviews will no doubt tease out the particulars. 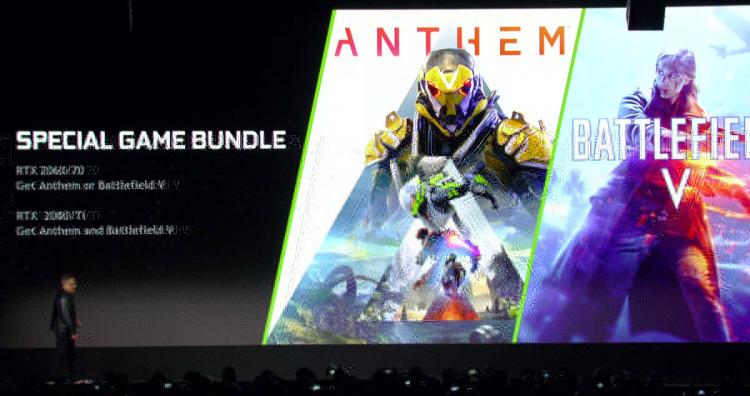 In a final twist, it was revealed that those who purchase the GeForce RTX 2060 will be eligible for a copy of either Anthem or Battlefield 5, for free. Furthermore that offer has been extended to new purchases of the RTX 2070, while buying an RTX 2080 or RTX 2080 Ti will grant you both games at no extra charge.

GeForce RTX 2060 models have begun to show up on partner sites already, and these also include the card's technical specifications. Note that clock speeds and card dimensions are likely to vary considerably between brand and individual model, but other aspects should be broadly consistent. The following is from ZOTAC GAMING, and relates to their GeForce RTX 2060 TWIN FAN model:

There are currently 885 user(s) online:
Google