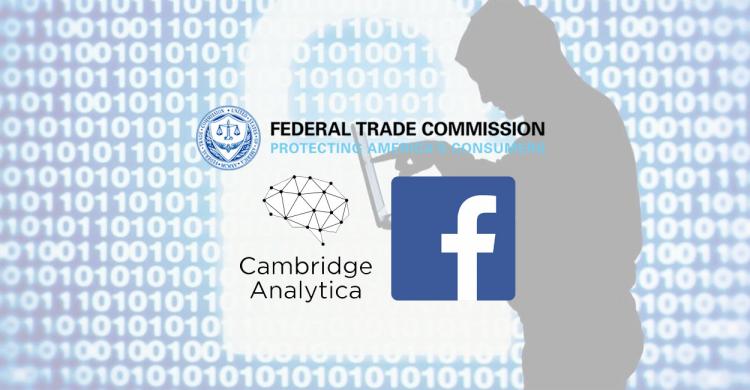 Facebook is on hot water after a whistle-blower revealed a data breach that allowed Cambridge Analytica to acquire access to millions of users data worldwide. This led to a barrage of criticisms from users, politicians and just about everybody that uses Facebook today. As of today, there are already users in the United States that filed class-action lawsuits against Facebook and Cambridge Analytica which also led to investigations from different organizations and government agencies which now includes the United States Federal Trade Commission.

The Federal Trade Commission issued a statement regarding the concerns and reports regarding Facebooks privacy practices, read the full statement below:

The FTC is firmly and fully committed to using all of its tools to protect the privacy of consumers. Foremost among these tools is enforcement action against companies that fail to honour their privacy promises, including to comply with Privacy Shield, or that engage in unfair acts that cause substantial injury to consumers in violation of the FTC Act. Companies who have settled previous FTC actions must also comply with FTC order provisions imposing privacy and data security requirements. Accordingly, the FTC takes very seriously recent press reports raising substantial concerns about the privacy practices of Facebook. Today, the FTC is confirming that it has an open non-public investigation into these practices.

Cambridge Analytica didnt stay silent and also released a statement affirming that they fully complied with Facebooks terms and service and is coordinating with Facebook regarding this matter. The organization also states that it had suspended Facebook from its platform and is moving towards resolving this matter as quickly as possible.

Cambridge Analytica also states that its Commercial and Political divisions use social media for outward marketing and to deliver data-led creative content to its target audiences only and does not do data gathering of Facebook users profiles.

Facebook CEO Mark Zuckerberg, on the other hand, already gave a public apology about this alleged data breach on full-page newspaper ads. 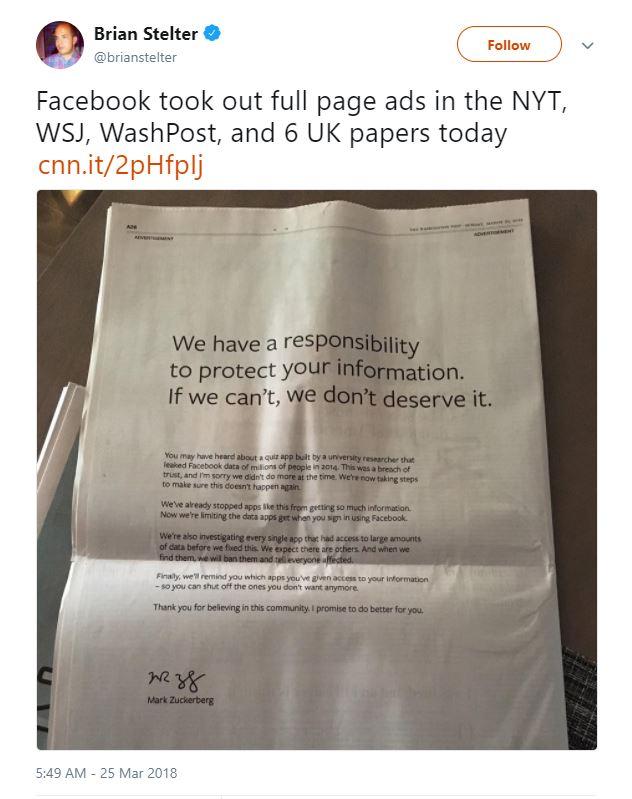