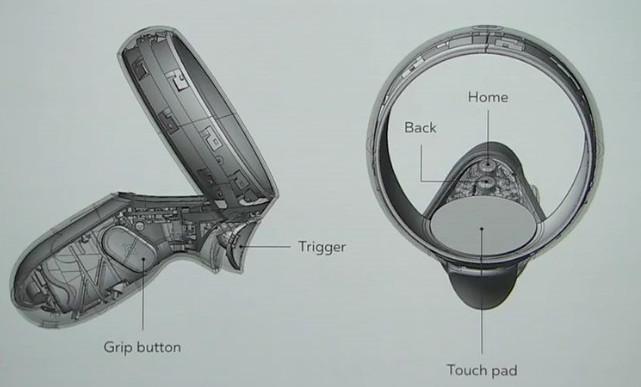 Cross-section Of The Oculus Motion Controller

While Virtual Reality perhaps hasn't quite set the world alight as many hoped in the halcyon days of 2016, premium experiences for the major VR platforms continue to be developed with some achieving sporadic success. Clearly major hurdles in the way of mass consumer uptake remain, and one that was identified early on has been the huge array of input controllers.

It's quite one thing when different (but popular) game input systems, such as the XBOX One and PS4 controllers, need to be specifically catered to in software. They're unalike in various ways, but have key similarities which can be worked from. It's quite another to also account for all the different motion controllers as well, any of which may be used on an open VR platform like SteamVR.

SteamVR Input is a system currently in development by Valve that provides a framework for bridging the gap between controller and application that requires little input from app. developers. In theory, applications need not engage in an overhaul to be compatible, and will even be compatible with controllers not even in production when the software was released. As for hardware manufacturers, they're provided with a new driver API to bring them in line with the system. 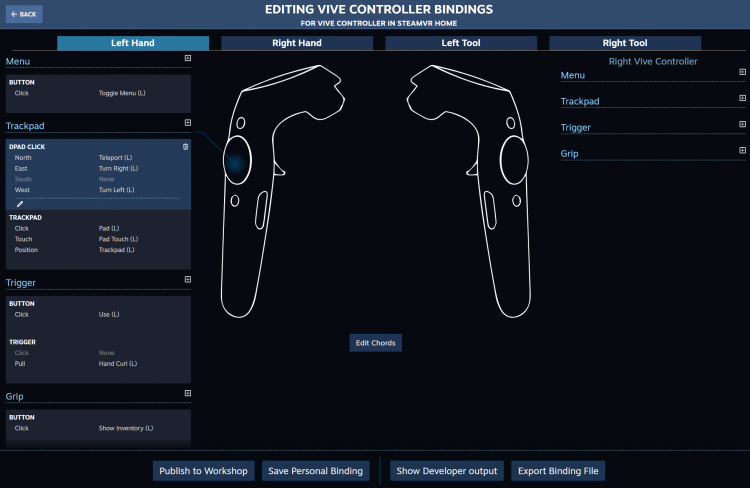 Also part of SteamVR Input is a controller configuration utility which can be used entirely within the HMD, with profiles that can later be shared through the Steam Workshop.

Even though unifying disparate VR controller mechanisms is the clear inspiration for SteamVR Input, it also has applications to more mainstream gaming. Most notably, it offers a tool by which controller configurations that are adapted for movement impaired users can be created and shared, both by software developers and the community at large. On the hardware side, it's hoped that controllers either more inherently flexible or tailored to impairments will now be more easy to development for general use.

The first Beta release of SteamVR Input was published today alongside this blog post [url=]detailing the system[/url] and providing link to resources for developers and other interested parties. A brief glance over the accompanying comments makes it clear that there's still a long way to go until it's ready for wide-scale rollout, but it's a solid step in the right direction.