Foxconn today launches its latest series of motherboards supporting the new AMD A75 series of chipsets, and the latest AMD A-Series APUs (codenamed Llano) with two mainboards, the A75M and the A75A. 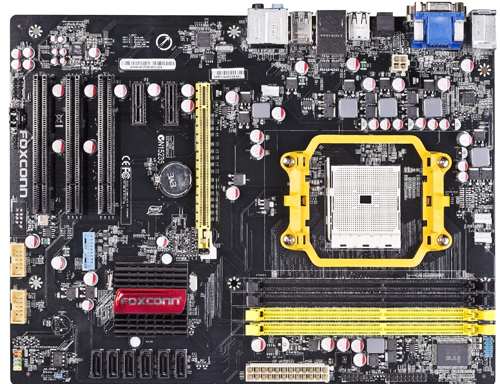 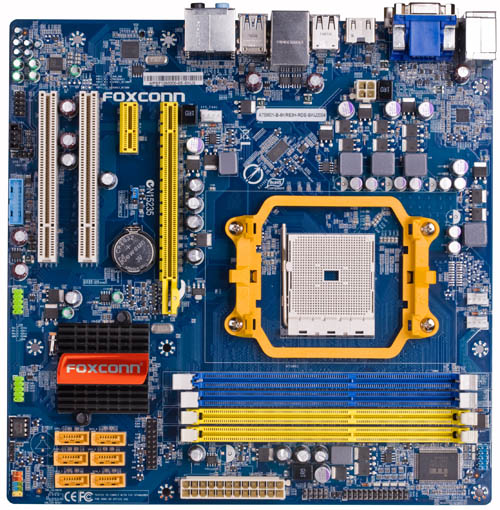 A75M
Both boards feature the AMD A75 Hudson chipset and support the latest 32 nanometer AMD APUs as well as USB 3.0 and SATA3. The powerful combination of AMD Turbo Core technology, DirectX 11 technology and Dual Graphics will give users one of the most powerful visual experiences.

DirectX 11 & Dual Graphics
Dual Graphics Technology utilizes the power of both the APU graphics and the discrete GPU to deliver increased performance. Combining this technology with DirectX 11 will deliver an excellent graphics experience.

Better Expandability
Support USB 3.0, SATAIII
Both boards are equipped with USB 3.0 and SATA III to take advantage of the new technologies. USB 3.0 not only doubles the bandwidth of the PCIe interface from Gen 1 to Gen 2 but also delivers up to ten times faster throughput than the previous USB 2.0 standard.

Support 3D display, HDMI 1.4(A75M only), Support 7.1 HD Audio ,Optical S/PDIF Out
The Foxconn A75M motherboard features HDMI 1.4, giving you support for 3D video playback. The boards feature a comprehensive range of video output options, such as HDMI/DVI/D-Sub and an optical audio output to allow you to enjoy your movies at their very best.

Fox One , Fox DMI, Fox Logo & Fox Live Update
The A75A and A75M come equipped with a range of software to enhance and increase the user experience. Fox One monitors vital system stats such as temperature, fan speed and voltages. Easy OC allows users to quickly and easily adjust their CPU frequency, voltage and memory speeds.
To keep everything up to date, including local and online BIOS updates within Windows, is Fox Update, which will also keep drivers and utilities updated. Fox DMI will display all of the system DMI information to aid in system identification and troubleshooting should problems occur. And finally, for some fun, Fox Logo is a Windows software tool that allows the user to change the system startup logo to whatever they like and even randomise the start up image. 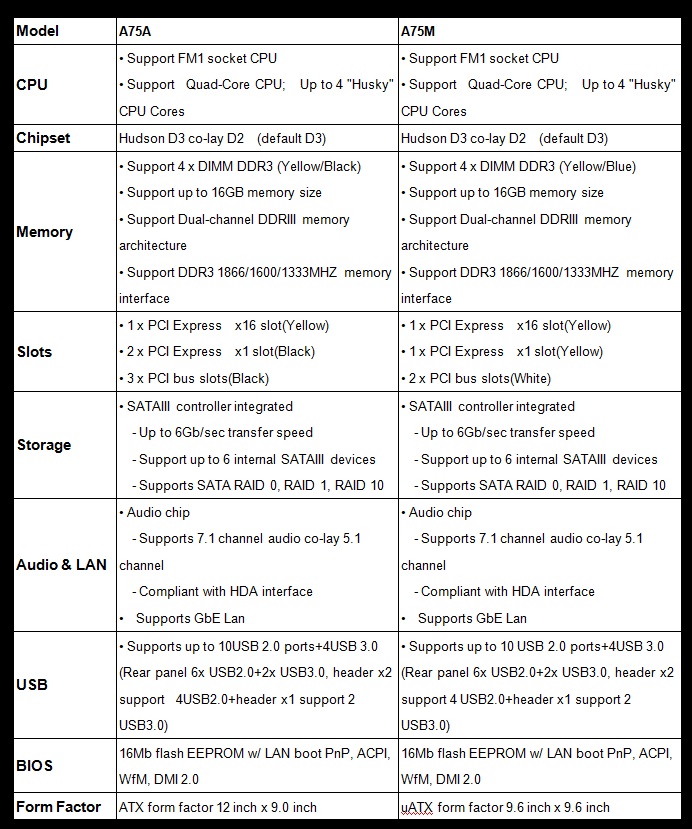 « Speedlink Debut New Console And PC Accessories At GamesCom · Foxconn Launches A75 Series Motherboards · Seeking To Teach You A Thing Or Two, The SteelSeries Sensei. »